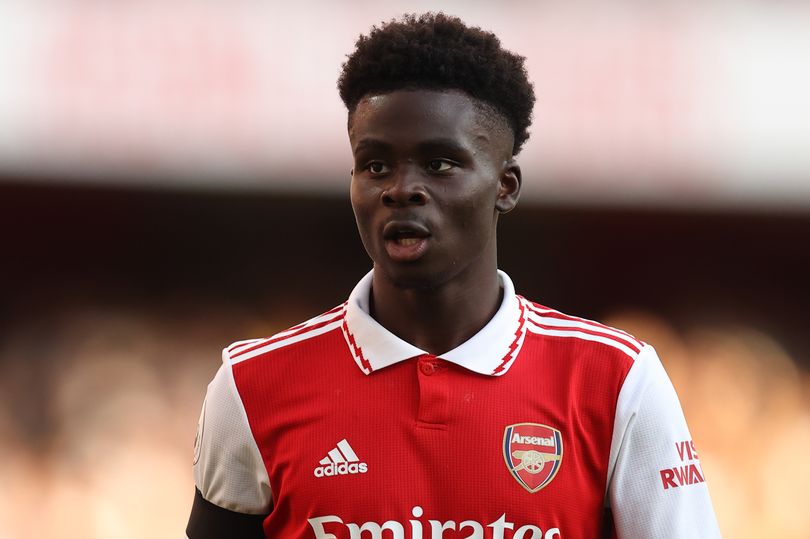 Superstar Arsenal player Bukayo Saka thinks Mikel Arteta’s selection of Eddie Nketiah as a substitute made a “big difference” in the Gunners’ comeback victory over Fulham.

On the hour mark, Aleksandar Mitrovic capitalized on a rare defensive blunder by Gabriel Magalhaes by putting the ball past Aaron Ramsdale and giving the visitors a 1-0 lead. Before Gabriel atoned for his error by scoring the game’s winning goal late on, captain Martin Odegaard promptly equalized and helped his team get back into the contest.

By winning all four of their opening games in the 2022–23 season, the Gunners have maintained their flawless record. As Arteta deployed “plan B,” Nketiah’s entry into the game resulted in him being the center of the attack, a shift in formation, and Saka and Gabriel Martinelli switching wings.

Nketiah played in eight Premier League games last season, but he had considerable success later on after replacing Arteta as the starting striker. The youthful attacker was given a new contract and Thierry Henry’s illustrious number 14 as compensation for his services.

Just after the hour mark, with the Gunners down, Arteta resorted to Nketiah instead of players like Emile Smith Rowe, Fabio Vieira, and Marquinhos, and Saka thinks his introduction helped change the course of the game. The England international remarked after the victory: “Eddie Nketiah made a significant difference for us. I’m pleased with his participation and am confident that this season will see him score more goals for our team.

“We had to be patient. Credit to Fulham, they made it difficult for us. In the end, we got the result we wanted, so we’re happy,” Saka added.

Summer signing Gabriel Jesus is the no.1 striker for Arteta at the ESakamirates Stadium, but Nketiah’s impressive cameo may just give the Spaniard food for thought heading into a busy fixture schedule. The Gunners are thought to be interested in signing a new attacker, but Nketiah may save the club millions should he continue to perform when needed, along with the returns of Smith Rowe and Vieira.