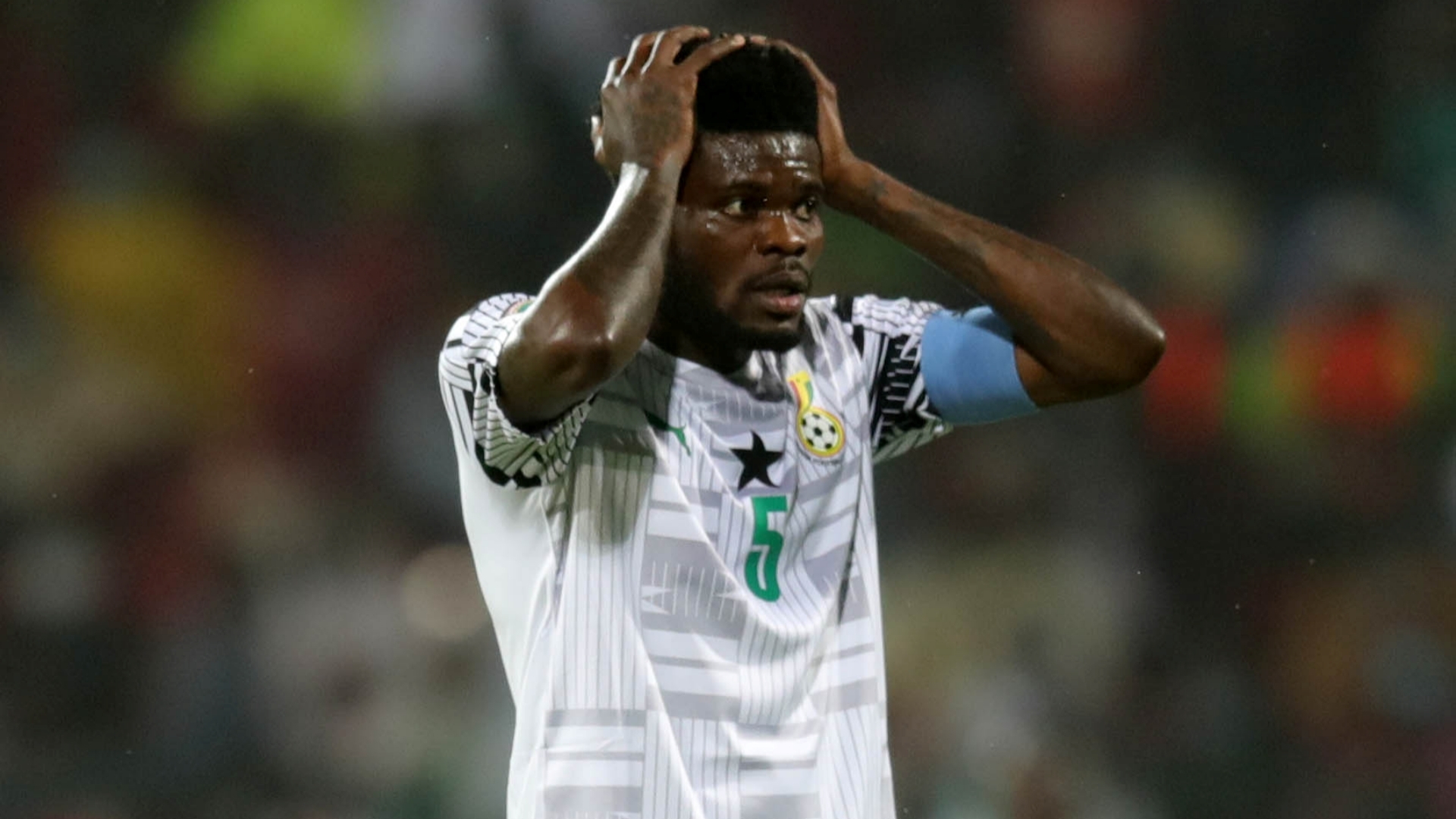 Arsenal midfielder Thomas Partey appears to have picked up an injury in the warm-up before Ghana’s 3-0 international friendly defeat to Brazil on September 23.

Partey was in the Black Stars’ starting XI for the game against Brazil but was withdrawn moments before the match with Babu Idrissa replacing him.

This will be a concern for Arsenal given Partey’s impressive form and injury issues in the past.

The former Atletico Madrid midfielder has excelled next to Granit Xhaka in the Gunners’ midfield making four appearances.

Many credit Mikel Arteta’s side’s demoralizing top four failure of last season as being partly due to Partey’s absence.

The Ghanian incurred an injury which saw him miss the latter stages of the Gunners’ 2021-22 campaign.

Arsenal were in pole position to finish fourth before the midfielder was sidelined and ended up surrendering Champions League qualification to Tottenham Hotspur.

Ghana slumped to a 3-0 defeat in Partey’s absence against Selecao thanks to a Marquinhos effort and Richarlison’s double.

Otto Addo’s side will travel to Qatar for the 2022 FIFA World Cup and will contend with Portugal, Uruguay and South Korea in Group H.

They and Arsenal will both be praying Partey’s injury isn’t too serious and that he is soon returning to action.

The hope is that the decision to replace him in the Ghana XI was precautionary.

The Gunners face their arch rivals Tottenham on October 1 and Arteta will be fretting over Partey’s availbility.

Arsenal currently sit top of the Premier League having won all but one of their seven opening fixtures.

Arteta’s men lost to Manchester United, which came as a slight wake-up call, but other than that the north Londoners are in top notch form.

Next up: north London derby 🍿 pic.twitter.com/wP21NiwIBx

However, the Gunners face their arch rivals Tottenham on October 1 and Arteta will be fretting over Partey’s availbility.

Antonio Conte’s Spurs have made an impressive start to the season and sit third with five wins and two draws in their first seven fixtures.

With the likes of Rodrigo Bentancur and Pierre-Emile Hojberg flourishing in midfield, it will be vital Partey is available to nullify the threat Conte’s midfield poses.

The Gunners will be looking to exact revenge on Spurs from last season’s woes, which included not only surrendering a top-four finish but also being thrashed 3-0.

The north London derby will perhaps be an indication of where either side may finish come the end of the season.