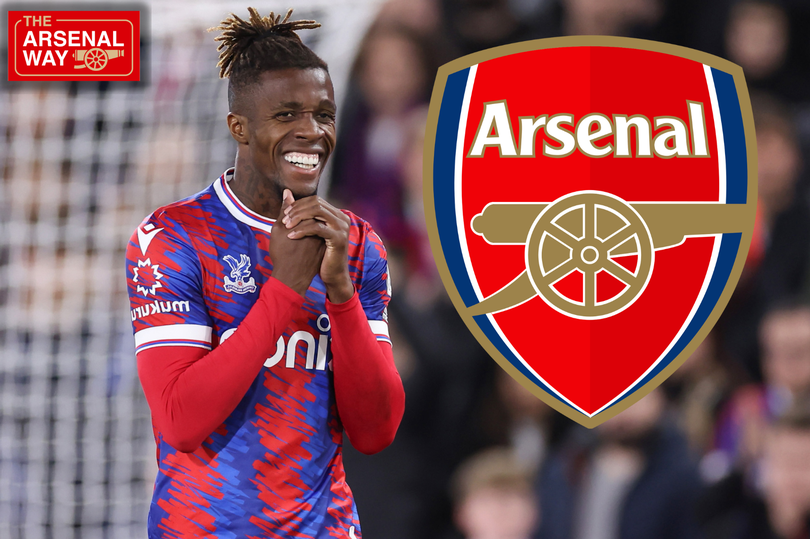 Arsenal had a strong start to the summer transfer window, addressing both the forward and defensive positions, which clearly needed strengthening towards the back of last season. Despite a good summer window, more acquisitions are still needed in January, however.

The Gunners have been searching for a midfielder and a winger since the start of the season without much success. The lack of options in the wide areas was clear during Arsenal’s disappointing 1-1 draw with Southampton on Sunday.

Eddie Nketiah was tasked with coming to play on the wing despite the position not being natural for the forward. It highlighted the need for Arsenal to immediately address the position and they can do so by exploring Wilfried Zaha’s contract situation.

According to the Daily Mail, Wilfried Zaha could reject new contract talks and leave Crystal Palace for free next summer. The winger is reportedly looking for a move to a top-six club.

Arsenal were unable to sign a winger in the summer transfer window, despite the clear need to strengthen in the wide areas. Bukayo Saka and Gabriel Martinelli have a lot of pressure to perform until the next opportunity to address this area of the pitch opens, but there is a risk of burnout for the two youngsters.

Zaha has proven through the last five seasons that he is one of the most feared wingers in the Premier League and has helped Crystal Palace to become an established top-flight side.

A deal could certainly be possible between the winger and the Gunners as a video emerged on social media of Zaha being interviewed by Italian journalist Alessandro Schiavone in 2017. And when asked which team the Palace star supported as a child, he said: “Arsenal. Still do.”

Arsenal’s transfer policy has been spot-on over the last couple of seasons as Edu has made signings that have helped Mikel Arteta progress in his rebuild process. And the transfer strategy can be enhanced by tweaking some methods and evolving.

The Gunners have already created a strong foundation over the last couple of windows, which has meant Arteta is now in the best position to qualify for the Champions League. For Arsenal to get to the next level, Premier League -proven players should be the next target rather than a continuation of signing youngsters with potential, as that would not improve the current squad.

For instance, Wilfried Zaha would be a more useful signing than another youngster signing because the 29-year-old Ivorian international will make an instant impact on the team and can help to improve Arsenal in a shorter time frame than it would likely take another player.
t

Arteta is already equipped with a number of youngsters in the team with top potential, now it is time to mix these promising players with proven players who are still at the top of their game rather than on the decline.

Zaha would be a necessary signing for the Gunners. Arteta’s lack of options in the wide areas which was evident in the draw against Southampton highlights why Arsenal should pursue a deal for the Ivory Coast international.