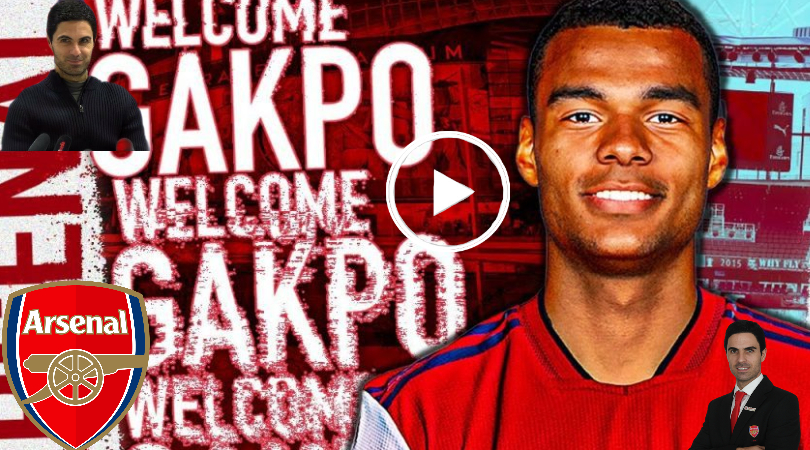 Every time Gabriel Jesus has gone to ground this season, Arsenal fans have watched on whilst holding their breath in the hope that he is okay. Unfortunately, their worst fears eventually became reality after the forward underwent successful surgery on a knee injury this week.

Jesus looked distraught after he left the pitch following Brazil’s match against Cameroon last Friday and the reason why soon emerged. It was confirmed that the 25-year-old’s World Cup was over and that he would require surgery on his knee due to suspected ligament damage, potentially ruling him out for up to three months.

Arsenal deem it too early to put a timeframe on his recovery but confirmed that a rehab programme would begin immediately. It is, without a doubt, a huge blow to Jesus – and his club – who will be looking to maintain their strong start to the season when the Premier League gets back underway later this month.

Mikel Arteta’s side finds itself top of the table after 14 games, but with a number of important fixtures coming up, the absence of Jesus will likely be felt. However, sporting director Edu will soon have the chance to ease concerns when the winter transfer window opens in January.

It is believed that a forward was already on the club’s agenda prior to Jesus’ injury, with Mykhaylo Mudryk heavily linked with a move to the Emirates Stadium. Although he would not be a direct replacement for Jesus, the Ukrainian winger would certainly bring a much-needed goal threat after scoring 10 goals and providing eight assists in 18 appearances this season.

However, should the Arsenal hierarchy decide to go for someone who perhaps offers more of a complete package in attack, then Cody Gakpo is probably their best bet. The Netherlands international, who has an impressive 13 goals and 17 assists to his name already this season, has continued his fine form in Qatar, bagging three goals in four games.

The Gunners showed an interest in Gakpo last season following a number of impressive performances for PSV Eindhoven, football.london understands, although it has not developed any further since.

Gakpo himself confirmed that he nearly joined Premier League rivals Manchester United in the summer before talks broke down. “I was close to leaving, I spoke to Erik ten Hag a few times at Manchester United,” he said.

“In the end, the deal didn’t go through. It ended about a week before the end of the transfer window and in that week I had to decide if I would go to Leeds or Southampton. In the end, I stayed, but it was a stressful period,” Gakpo added.

ALSO READ:  GOOD NEWS: Arsenal told they have a “realistic chance” of shocking Europe to sign this player

The 23-year-old, who can play through the middle as a centre forward or on either wing, would add versatility, pace and power to the Arsenal frontline. Gakpo can also offer something slightly different compared to the other options available to Arteta thanks to his tall build of 6ft 3in.

As would be the case for Mudryk or any other highly-rated youngster in today’s market, Gakpo would not come cheaply, especially after his displays at the World Cup. According to Foot Mercato, PSV’s asking price will increase to £65million from the previously reported £43million figure after the tournament.

Whoever ends up securing Gakpo’s services would be taking a slight gamble, after all, he’s still only 23 and a move to the Premier League is a huge step up from the Eredivisie. However, similarly to Mudryk, Gakpo appears to be someone who will only get better and their next team will likely reap the benefits of their obvious talents.

For Arsenal, Mudryk and Gakpo represent solid options to strengthen their attack this winter, but with the latter’s experience in a central role, you could argue that he just edges it out of the two and thus makes him the perfect fit.