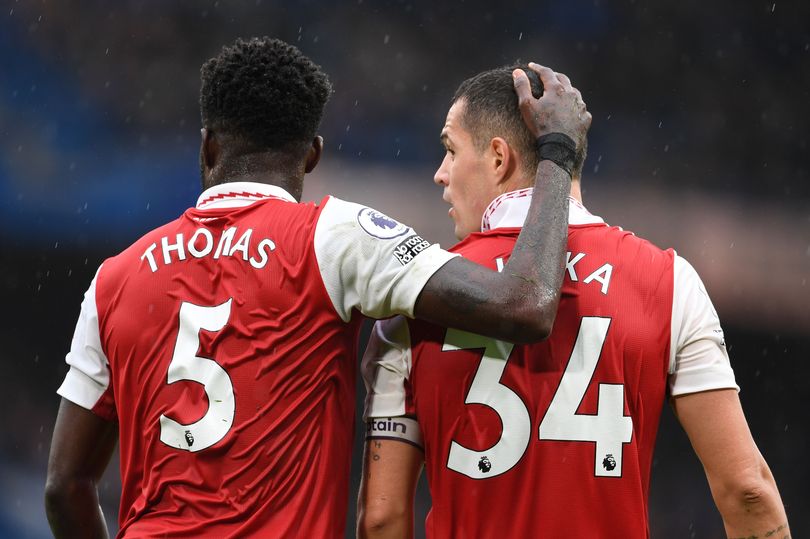 Thomas Partey’s Ghana triumphed over Granit Xhaka’s Switzerland on Thursday as the two nations prepare for the beginning of their respective World Cup campaigns.

The Black Stars were 2-0 victors on the day as second-half goals from Mohamed Salisu, and Antoine Semenyo ensured a comfortable enough warm-up win ahead of their opening encounter with Portugal in Group H.

Arsenal fans were especially intrigued by the occasion as their two most prominent central midfield players faced off in Abu Dhabi. Partey was actually an unused substitute on the day, but Xhaka – who is the captain of Switzerland – enjoyed another 90 minutes.

Although Partey didn’t get any minutes under his belt, Gunners fans will be happy to hear about how the midfielder embraced his club teammate at full-time. As it normally is after friendly games, scenes at the full-time whistle were entirely respectful.

Mikel Arteta’s favoured duo were seen having a laugh and a joke with each other before going their separate ways ahead of the start of the World Cup on Sunday. Although Switzerland suffered a defeat, they will be hoping to get off to a good start in Group G with a victory over Cameroon in a week’s time.

Whether the two teams face off again over the next few weeks remains to be seen, but a 2-0 win suggests Ghana is better positioned to make a good start come next week, whilst captain Xhaka will be rallying his compatriots to bounce back.