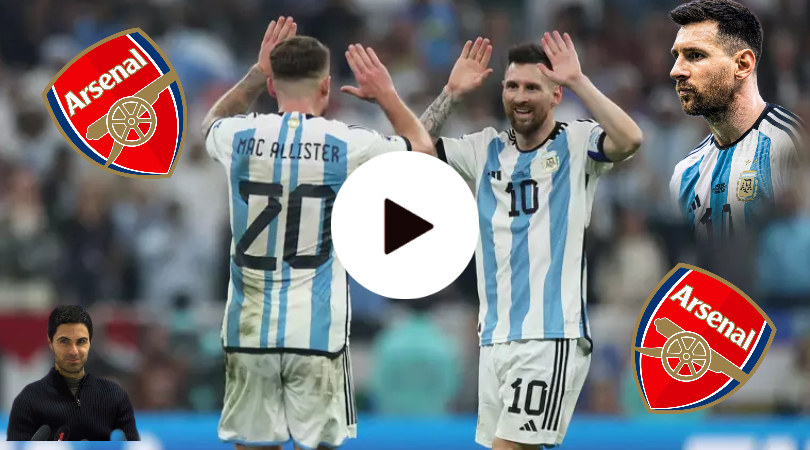 Arsenal are among the clubs to have shown interest in Brighton & Hove Albion midfielder Alexis Mac Allister, following his World Cup triumph with Argentina.

That’s according to Diario AS Argentina, who claim that the player’s performances in Qatar will undoubtedly “open the doors of the best European teams sooner or later”, with Arsenal already said to be one of them. CIES Football Observatory value Mac Allister up to £34.9million, but that will no doubt rise after his recent displays.

The midfielder was a key part of Lionel Scaloni’s squad, scoring one goal and providing one assist across six appearances to help La Albiceleste win their first World Cup since 1986.

Mac Allister has also enjoyed an impressive start to the Premier League season, scoring five goals in 14 appearances for the Seagulls. It’s no surprise to see why Mikel Arteta is a fan of the 23-year-old, who offers plenty of attacking threat as well as versatility in a number of midfield roles.

Just like millions of others, Mac Allister was full of praise for his Argentinian teammate Lionel Messi after the final against France, labelling the seven-time Ballon d’Or winner as the “best player in the world”. Although it’s a description often associated with Messi, Mac Allister’s respect stems from a more personal experience.

Speaking to The Athletic in January, Mac Allister revealed that Messi jumped to his defence after he was at the centre of jibes from fellow Argentine teammates during a training session.

“I trained with him when I was in the Argentinian squad twice, but I didn’t play with him,” Mac Allister said. “It was fantastic, the same as in the matches he trains. It’s something you cannot believe.

“I remember everyone called me ‘Colo’, which is ginger in Argentina. I don’t like it much and he told the teammates that. He said: “He doesn’t like to be called Colo, so don’t call him that!’”

It’s a rather unsurprising touch of class from Messi and a valuable lesson to Mac Allister’s future teammates, wherever he ends up next.