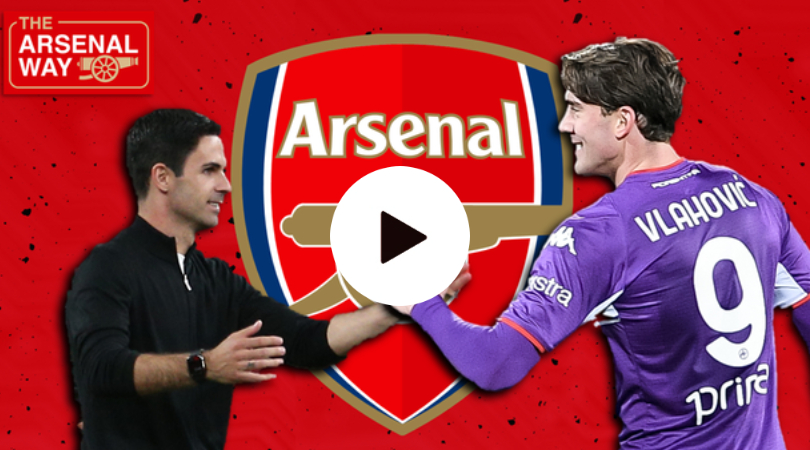 Juventus forward Dusan Vlahovic has opened up on the reasoning behind his snubbing of a potential move to Arsenal.

The 22-year-old had long been touted as a potential replacement for Pierre-Emerick Aubameyang following his exit in January, with his form for then-club Fiorentina catching the eye of Mikel Arteta and other European clubs.

Vlahovic however opted to choose a different route than the one presented to him in the Premier League, by securing a £63million move to Juventus. However, with Mikel Arteta now in the market for a striker following Gabriel Jesus’ recent injury blow, Vlahovic has again been linked with a move to the Emirates Stadium

Speaking at his unveiling earlier this year, Vlahovic said: “I am emotional and proud to have signed for Juventus. I am ready to give my all for this glorious club to reach its objectives. There were many rumours about foreign clubs, but the choice was easy because the club and I have a similar DNA.

“Fight and suffer when needed. I think it’s part of my mentality as well, so the choice was not difficult. I fit in here. I want to thank the president and everyone else who made this move possible.”

Cited to cost the Gunners upwards of £70million should a move materialise, Juventus are believed to be open to the sale of the Serbia international in order to help balance their books. Other clubs including Chelsea, PSG and Bayern Munich are also said to be interested.