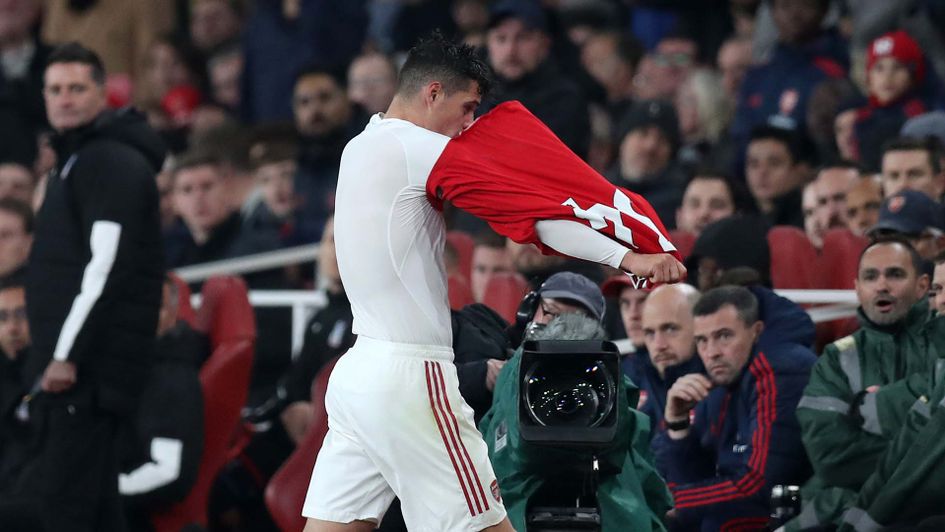 Granit Xhaka’s infamous on-field, profane outburst at the Arsenal fans in 2019 came dangerously close to costing him his career with the Gunners, but what has come after has been nothing short of incredible.

The 29-year-old himself has acknowledged that he had already packed his bags and was prepared to leave North London in favor of a transfer to Bundesliga team Hertha Berlin. Up to the manager Mikel Arteta’s intervention, Xhaka’s mind had left Arsenal. 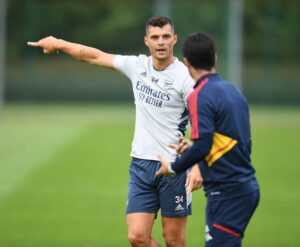 Even after three years, Xhaka still makes the occasional disastrous error, but he has developed into a player who is among the first names on the roster for Arsenal. His outburst at his own supporters a few years ago did not scupper his career but it did lead to him being stripped of the club captaincy.

Therefore, Arteta’s recent decision to hand Xhaka a deputy leadership role alongside summer signing Gabriel Jesus is all the more impressive. The midfielder’s leadership qualities are clear for all to see and while Martin Odegaard is now Arsenal’s official captain, make no mistake Xhaka is still one of the biggest voices in the Gunners dressing room – as shown in the recent Amazon ‘All or Nothing’ docuseries.

Inside the dressing room depicted in the program, there are numerous instances of Xhaka acting as a positive influence. Emile Smith Rowe, a young player for Arsenal, had a remarkable moment.

Cameras saw Xhaka, a man known for being shy and cautious, taking the time to thank his teammate before a crucial North London derby match at home against Spurs last season. 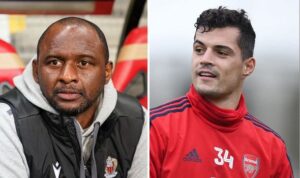 Although Patrick Vieira, the manager of Crystal Palace, is a former Gunners player, Xhaka has received appreciation from individuals outside of the red half of North London. At times, it has appeared as though the only people who value Xhaka’s skill set came from within Arsenal.