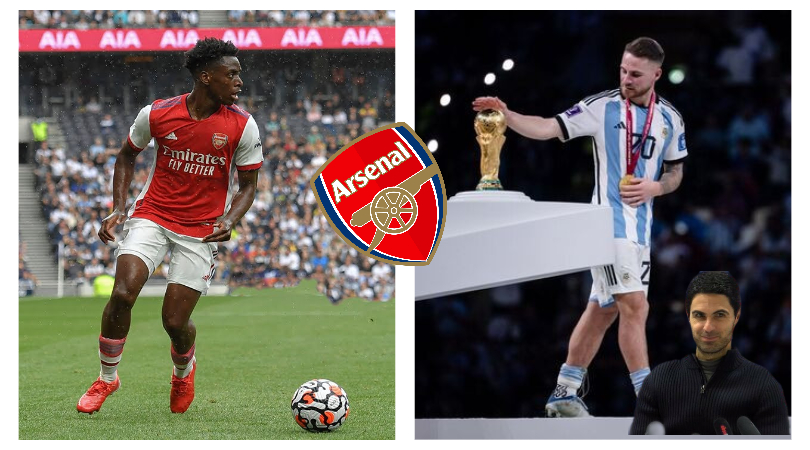 Arsenal will begin 2023 top of the Premier League table, regardless of what happens against Brighton and Hove Albion later on today.

Gunners boss Mikel Arteta will be hoping to carry on the momentum gained from the 3-1 Boxing Day victory over West Ham United into the new year as the club looks ahead to what could be the most important five months in their recent history.

With the January transfer window just around the corner, the Spaniard is keen to add a couple of fresh faces ahead of a busy few months. The north London side have been linked with a move for Argentinian midfielder Alexis Mac Allister, who recently shone at the World Cup in Qatar.

Lokonga has played just six Premier League appearances all season, with the last coming at the start of October, and with an average Sofascore rating of 6.75, he hasn’t quite had the impact expected of him.

Tom Marshall-Bailey claimed in October that the Belgian is “in need of a loan right now if he’s to fulfill his potential” while journalist Mark Mann-Bryans said “Lokonga nowhere near [Thomas] Partey levels” and it’s clear Arteta needs to bring in someone better than the 23-year-old.

Mac Allister was incredible at the World Cup, helping Argentina claim the trophy for the first time since 1986 and he played in six matches for the champions.

He averaged a Sofascore rating of 7.05 while chipping in with a goal, and an assist, making 1.3 key passes per match and creating two big chances, underlining his attacking qualities.

These performances at the World Cup led Ryan Adsett to dub him a “golden boy” and there is no doubt that the player will be moving on from the Seagulls sooner rather than later.

His league form for the south coast outfit was also excellent before he jetted off to the Middle East, and with an average rating of 7.31/10 as per Sofascore, the 24-year-old has been their best performer this season.

It is a move that makes perfect sense for Arteta, signing someone who is experienced in the Premier League and has demonstrated their qualities on the highest stage there is, he needs to act quickly to fend off interest from other teams.

If the 40-year-old does manage to lure Mac Allister to Arsenal and as such, it could well be bye-bye Lokonga in the process.

CONFIRMED: Good News as Father confirms Arsenal’s interest in son but has these remarks to make