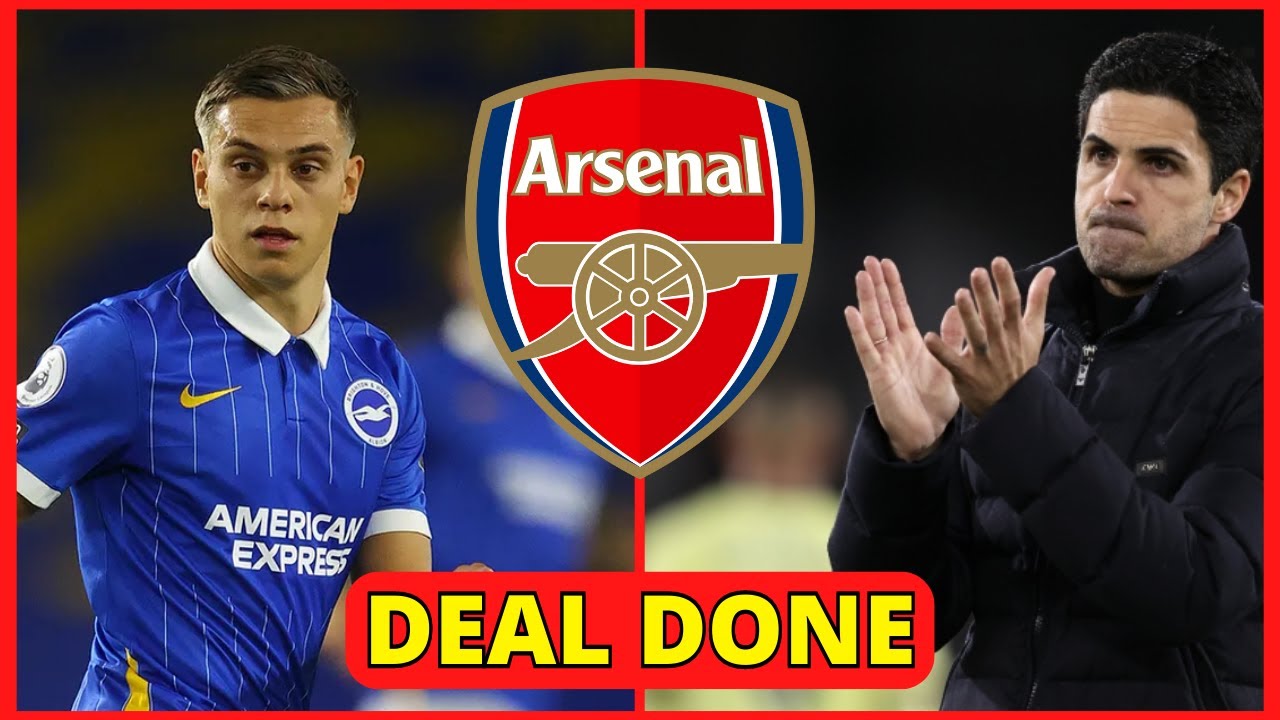 League leaders Arsenal don’t appear to be resting on their laurels despite their handsome, five-point advantage at the summit, with the Gunners currently plotting to bolster their ranks even further in the coming weeks.

The club’s quest to land Shakhtar Donetsk sensation Mykhaylo Mudryk has indicated that a new attacking recruit is clearly high on the agenda, albeit with the Ukrainian wizard arguably not the only figure that the north Londoners are tracking at present.

The latest claim is that Brighton and Hove Albion forward Leandro Trossard is a player that sporting director Edu is keeping tabs on, with the 28-year-old still facing an uncertain future at the Amex despite having seen his contract extended by a further 12 months.

The former Genk man – who has been valued at around £30m – appears to have caught the attention of a number of the Premier League’s elite clubs, with both Newcastle United and Chelsea also said to be tracking his progress.

TalkSPORT reporter Alex Crook – speaking to GIVEMESPORT – has also confirmed that the 24-cap dynamo is a player of interest for the Emirates outfit, with the transfer insider stating:

“I’m told Arsenal are monitoring this one. I know that there’s been a lot of links with Graham Potter and Chelsea obviously. But at the moment, they’ve not come to the party.”

Would Trossard be a good signing for Arsenal?

The £40k-per-week “baller” – as lauded by journalist Sean Markus Clifford – has been in fine form so far this term with ten goal involvements in the top-flight thus far, after previously scoring eight times and registering three assists in the league last season.

The hope would be that Trossard could make an instant impact on Mikel Arteta’s side, with the aim to follow in the footsteps of his former teammate Ben White in becoming a leading figure for the club.

ALSO READ:  DEAL ON: Arsenal keen on to agree deal for Rennes 24-year-old star this month

The £50m capture of the latter man did look like something of a gamble at the time of his arrival back in the summer of 2021, although that move now appears a real masterstroke as far as Edu is concerned, such have been the England international’s consistent displays.

Dubbed “magnificent” by pundit Ian Wright earlier this season, the versatile defender has started all 17 games for Arsenal in the current campaign, notably averaging 2.1 tackles per game in that time.

The 25-year-old has been an integral part of a backline that has shipped just 14 goals in the league this term – the second-best record in the division – with that foundation arguably the bedrock of the club’s rampant recent form.

With White clearly making his mark in the red and white jersey, it could well prove another masterclass to raid Brighton once again for the signing of Trossard.