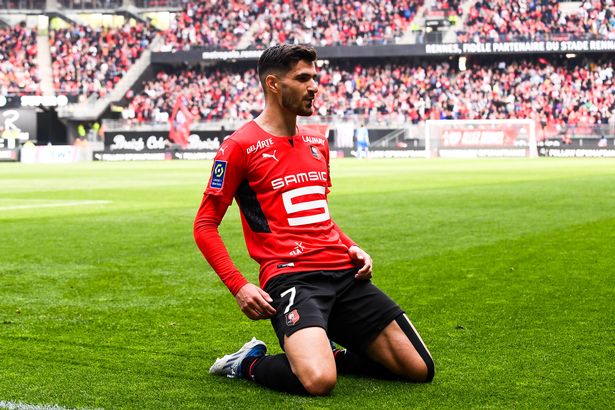 Man Utd and Arsenal are among a number of Premier League teams who are reportedly interested in Rennes attacker Martin Terrier.

The 25-year-old recently signed a new deal until June 2026 after founding back of the net 21 times and providing seven assists across 46 matches last term.

Terrier has continued to impress in his 18 games this season, scoring 11 goals while providing four assists, and his form are attracting interest from several English teams.

The Frenchman, who can play out wide or in a central position, has also recently been watched by the likes of Leeds United, Wolves and Leicester City.

Rennes are believed to be looking for a fee in excess of £30m to sell a player who is also being monitored by teams in Germany and Italy.

The agent of Newcastle United’s forward Miguel Almiron has revealed that Arsenal and Man Utd previously tried to sign him.

The Paraguay international has eight goals in 14 Premier League matches so far this term bringing recognition from fans, the media and fellow top-flight teams, and earning him a nomination for the October Premier League Player of the Month award.

A move to the likes of Sevilla, Everton and Fulham were rumoured in the summer transfer window, but the player’s agent Daniel Campos has revealed there has also been interest from two of the top team in the English top-tier.

“There was interest shown by Manchester United in Miguel but they never made an offer. Arsenal and Southampton offered loan deals for him but we did not want it to be a loan,” Campos told ABC Cardinal.

ALMOST DONE: Arsenal will have to reportedly pay 21 million to sign the Brazilian wonder-kid