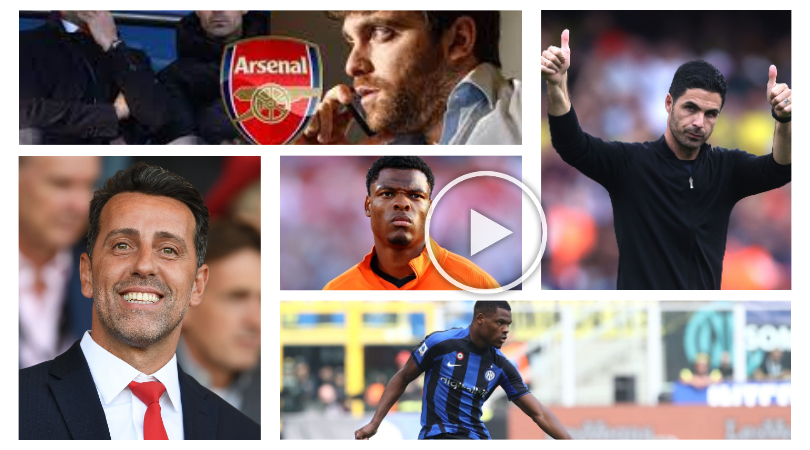 Denzel Dumfries’ agent – Rafaela Pimenta – has dropped a huge hint over the future of the Netherlands international by claiming that they don’t want his price to increase too much to deter interest. It comes amid an impressive series of displays from the wing-back in his first few games of the World Cup so far.

The 26-year-old has already shown his prowess in both boxes, adding two assists and a goal to his nation’s impressive defensive record so far and leading them to the quarter-finals. The performances will have likely caught the eye of potential suitors, with Chelsea, Arsenal and Tottenham all interested in a switch, as per recent reports.

Amid such links over a huge move, his agent Pimenta has told told Sky Sports, via Fabrizio Romano, that an increase of value could impact any move: “I hope his value doesn’t increase — otherwise it will be difficult to transfer him.”

Arsenal have been handed an urgent reminder to extend Gabriel Martinelli’s contract at the Emirates Stadium after it emerged Barcelona have been ‘scouting’ the Brazilian star.

According to Sport (via The Sun), Spanish giants Barcelona are scouting the forward and are hoping to lure him to the Nou Camp at a cut-price deal. Martinelli’s contract in north London expires in 2024 and will be open to sign for a European club on a free transfer in 18 months.

The report suggests Barcelona have labelled him as a ‘favourite’ and are considering making a move at the end of the season. However, Xavi’s men will have to move fast following Martinelli’s previous words on his contract situation.

Bayern Leverkusen star Piero Hincapie has ‘attracted the interest’ of Arsenal following his impressive Bundesliga and World Cup displays. Mikel Arteta and Edu aren’t the only people keeping an eye on Hincapie with north London rivals Tottenham among the many clubs interested in his services. Hincapie has made 13 appearances in Germany this season scoring one goal in the process.

According to Calciomercato, AC Milan, Napoli, AS Roma and Inter are all keeping a close eye on Hincapie with Arsenal, Spurs and Chelsea also involved in the transfer battle.

Perhaps the most intriguing factor of the report is the value placed on the defender which has been listed as ‘no less’ than €25million-€30million (£21.5million – £25.8million). While a price range is provided, due to his recent displays, the price could be higher if a club entered negotiations but a deal is certainly tempting nonetheless. Especially with Gvardiol likely to cost at least double that figure.