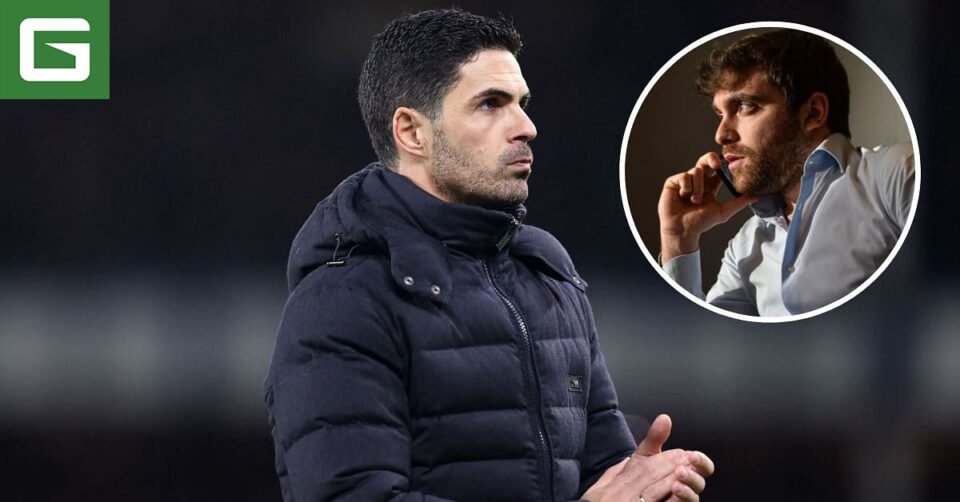 It is an open secret that the Gunners are exploring the possibility of strengthening their squad in this winter window and the flank is one of the areas where Mikel Arteta wants to add more options.

The Shakhtar star emerged as a potential target for the north London club during the final few days of the last transfer window but Arsenal didn’t make a concrete approach to sign him. Since then, he has continuously been linked with a move to the Emirates Stadium.

A recent report claimed that the Ukrainian giants are now willing to lower their valuation and are ready to accept a fee of around £40m to sell their star man, having initially slapped a whopping £87m price tag.

The report also said that Mudryk is eager to join Arsenal this January and link-up with his fellow countryman Oleksandr Zinchenko.

Speaking to GiveMeSport, journalist Paul Brown has now stated that Arsenal have been monitoring the development of Mudryk for a very long time and they have watched him playing in several games this season.

Brown also says that Arteta’s side are ‘definitely’ interested in signing the talented forward after scouting him ‘extensively’ and are keen on making a move for him this January.

“They are very keen on this player. They’ve been looking at him for a long time. He’s been scouted extensively, and they’ve watched him again for several games this season. So he’s definitely one that they want. There’s definitely interest there.”

Arsenal have suffered a huge injury setback after Gabriel Jesus sustained a knee issue during international duty with Brazil at the ongoing Qatar World Cup. The 25-year-old is now out of the tournament and it is suspected that he might be out for at least three months.

This could be a huge blow for Arteta’s side in their quest for the Premier League title. The Spanish boss started the season with a thin forward department and the injury to Jesus has left the Spanish boss with even fewer options to choose from.

Therefore, Arsenal should make a move for a new attacker this January. Mudryk could be a shrewd signing and he would certainly strengthen the Gunners’ forward department if the club’s hierarchy can manage to get this deal over the line.