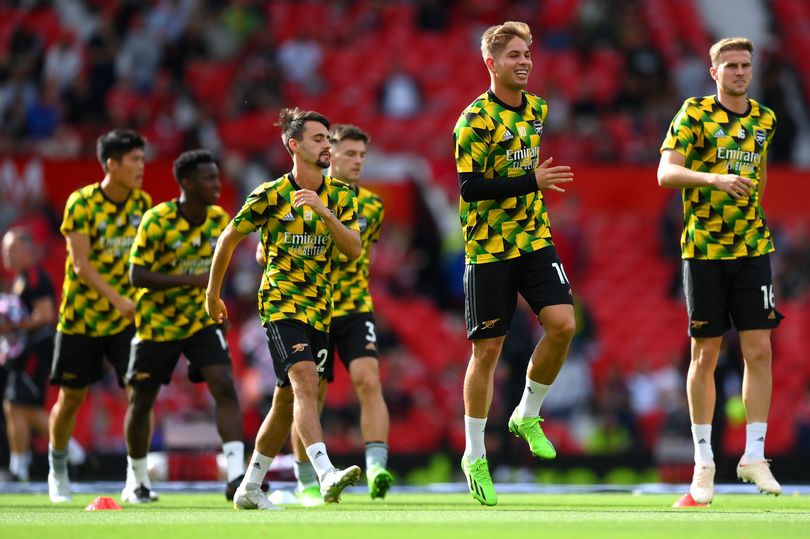 Arsenal’s season so far couldn’t have gone much better. Mikel Arteta’s side sit top of the Premier League table having won 12 of the 14 games they have played.

The Gunners also progressed into the last 16 of the Europa League, avoiding a problematic play-off tie with a team dropping down from the Champions League. A third round Carabao Cup exit is perhaps the only down side for Arsenal so far, although some may argue the loss to Brighton is a blessing in disguise.

With the winter break now upon us and the World Cup starting on November 20, Arsenal’s players not heading to Qatar have been given around 10 days off to recharge their batteries. When they return, sessions will be geared towards ensuring they are fit for the season’s resumption on December 26.

As part of preparations, the squad is heading off to Dubai at the beginning of next month for a warm-weather training camp. The Gunners will take part in the Dubai Super Cup and games against Lyon and AC Milan have been booked in.

Among the players expected to head out to Dubai is Emile Smith Rowe. The attacking midfielder has had a frustrating season for the Gunners, with injury restricting the 22-year-old to just 47 minutes of action.

He’s still on the road to recovery after undergoing surgery at the end of September in a bid to overcome a troublesome groin injury. “In recent months, Emile Smith Rowe has been experiencing discomfort in his groin, which has limited his training and match appearances,” a statement released on the club’s website read.

“Following a significant setback at our Premier League match against Manchester United at Old Trafford on September 4, and after further specialist consultations and discussions with our medical team, Emile underwent surgery to repair a damaged tendon in his groin.

“This successful surgery took place in London in the past few days and Emile’s rehabilitation programme is already underway. We are hopeful that Emile will return to full training in December. Everyone at the club will now be supporting and working hard with Emile to get him back on the pitch as soon as possible.”

As mentioned in the statement, it’s hoped Smith Rowe will return to training in December, which may mean he features for the Gunners in the friendlies against Lyon and AC Milan. This would be a welcome boost for Arteta and Smith Rowe himself, who has been watching on from the stands at Emirates Stadium.

“Yeah I go to all the home games and I support the boys,” Smith Rowe revealed in the club’s ‘Colney Carpool’ edition hosted by Frimpon. “Away games are quite tough. It’d be fun to sit with the away fans, it would be scenes to be fair but I’m here [London Colney] working on the days we have games.”

Last year Smith Rowe was a key player for Arsenal after signing a new contract, being handed the club’s iconic No. 10 shirt – previously worn by the likes of Dennis Bergkamp, Jack Wilshere and Mesut Ozil. The Hale End graduate made 37 appearances in the 2021/22 season, scoring 11 goals and assisting a further two.

One of Arteta’s main aims during the winter break will be to ensure Smith Rowe builds up enough fitness so he can play a major part in the second half of Arsenal’s season. Considering he has yet to start a game for the Gunners this season, his return will give Arteta and the rest of the squad a timely boost.