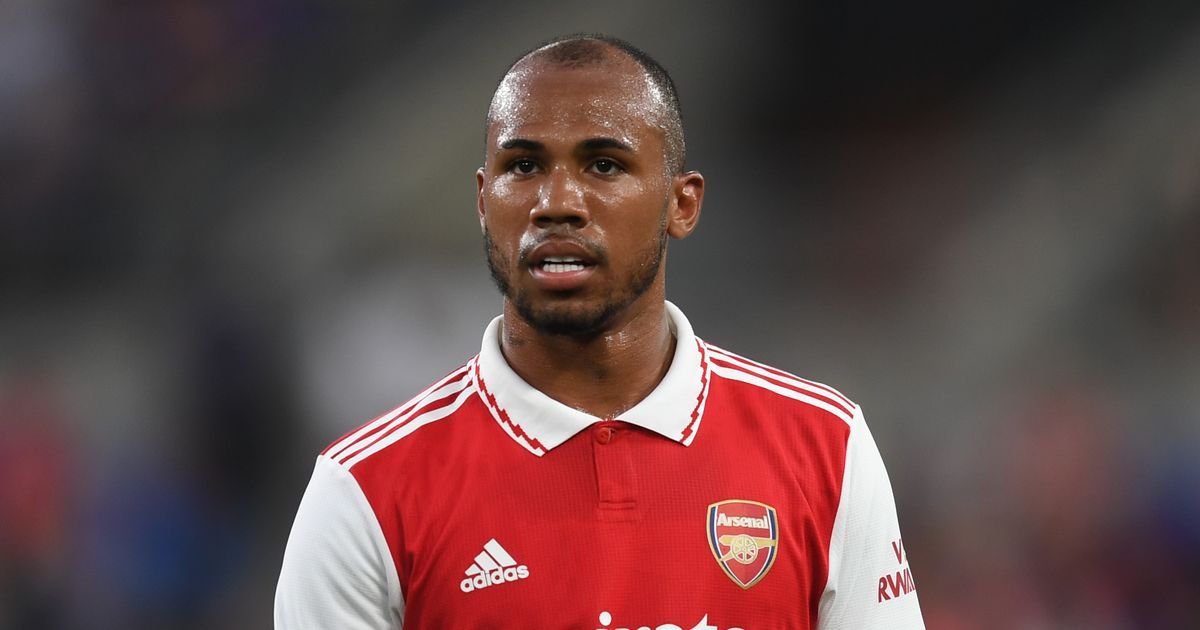 Arsenal are being linked with a move for Corinthians’ young defender Robert Renan. The 19-year-old has a reported £45m release clause for clubs wanting to buy the teenager outside of Brazil.

Goal Brazil claim that Wolves, one of the sides vying with Arsenal for the signature of Renan, were looking to pay less than £10m. As a left-footed centre-half, Renan’s profile makes him a desirable player to a club like Arsenal, who have already beaten their Premier League rivals from the west midlands to a fellow Brazilian in the form of Marquinhos.

You can find out more about Renan’s overall profile here, but in this deep dive, football.london takes a look at how Renan is performing this season. We compare him to his compatriot and current Arsenal starter Gabriel Magalhaes.

In the 2022 season, Renan has played a total of 535 minutes across seven Serie A and Copa do Brasil matches, according to Wyscout. He’s also featured four times for the Brazil under-20s side, starting every game.

In 2022/23, Gabriel Magalhaes has played 1,073 minutes of football in both the Premier League and Europa League, so bear that in mind when the comparisons are made. Both are tall, left-footed defenders standing above six feet, with Gabriel slightly taller by four centimetres.

Both have similar pass accuracy, but Gabriel edges it (91.1% > 89.5%). Gabriel also likes to pass the ball forwards with a greater frequency average of more than 20 passes per 90 compared to Renan’s 14.

Renan prefers to go long with his passing more often, with 5.55 long passes per 90 compared to Gabriel’s 4.28. Although despite his young age, Renan is still trusted with the ball at his feet, receiving the ball 32.97 times per 90; Gabriel in a possessive heavy Arsenal side, sees the ball more at 42.27, however.

Yet, in the below graphic, you can see that the range of passing from Renan is strong. He also features highly in a lot of Corinthians’ most frequent passing actions. 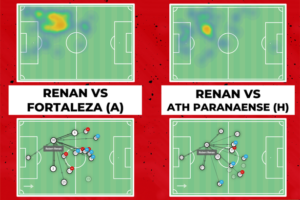 It is clear that the team trust Renan, and he has become a key part of the build-up of the team. A trait that clearly is part of the reason he’s caught the eye of Arsenal’s scouts.

Defensively Renan competes in more defensive duels per 90 compared to Gabriel (4.21 > 3.44). Although, the more senior man is winning more of them (63.4% > 56%), a trait that will improve as he develops and certainly under coaching at London Colney.

One of Gabriel’s strengths has been how he has defended the Arsenal box. He came out well for clearances and has averaged 2.68 per game, with Renan slightly bettering him with 2.69.

How much we can glean from these numbers remains loose. Knowing how a player would transition from a league like Brazil is always difficult.

That said, the Gunners have had great success with Gabriel Martinelli, and this summer saw Marquinhos arrive, who has started impressively. Should Renan arrive, you can be sure analysis of his start to life at Arsenal will soon follow.

DEAL ONGOING: Arsenal in talks to agree deal for Premier League No.10 attacker