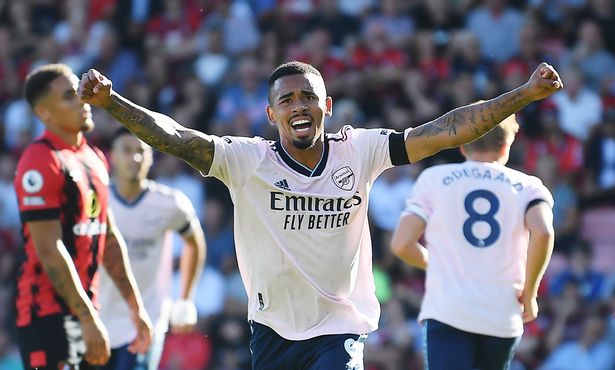 Following three straight victories, Arsenal leads the Premier League heading into this weekend’s match against Fulham. What team news is there as they attempt to win their fourth game in a row?

The Gunners are now on a roll thanks to some strong attacking play and impressive defensive discipline. Mikel Arteta will be hopeful that his team can carry on like that when they face their London opponents.

Regarding team news, Reiss Nelson’s injury is the only one that warrants concern. Since the winger has been hurt for a few weeks, it is unclear when he will be able to rejoin the team. In the most recent game, Fabio Vieira was an unutilized replacement who might make his debut. Another player that the north Londoners will have to do without is Ivory Coast international Nicolas Pepe. The club-record signing has left on loan for French club Nice as he looks to rejuvenate his career ahead of this year’s world cup.

The Gunners have a lot to be pleased about since they are playing so freely and fluidly. This can be seen in the way the attackers have been shifting places to break up the rival defense’s rhythm.

However, Fulham is a strong club that can be fairly tough, so defeating them won’t be simple. This was made clear in their matchup with Liverpool, where they came close to defeating the Reds. The defense at home will need to be on its toes around players like Aleksandr Mitrovic.

Given the team’s recent performance, Arteta will be optimistic that the three points will be earned. There won’t be many alterations because the starting eleven currently appears to be very stable. Even though everyone is fit and available, it is likely that the manager will choose to go with the same team that faced Bournemouth.

Arsenal will be aware that it is too early to start thinking of a title charge as there is a long way to go in the season. But racking up points will come in handy as the season approaches its end. Even though they are at home, the Gunners should ensure that they do not become complacent against their fellow Londoners.

Related Topics:JesusTeam News
Up Next