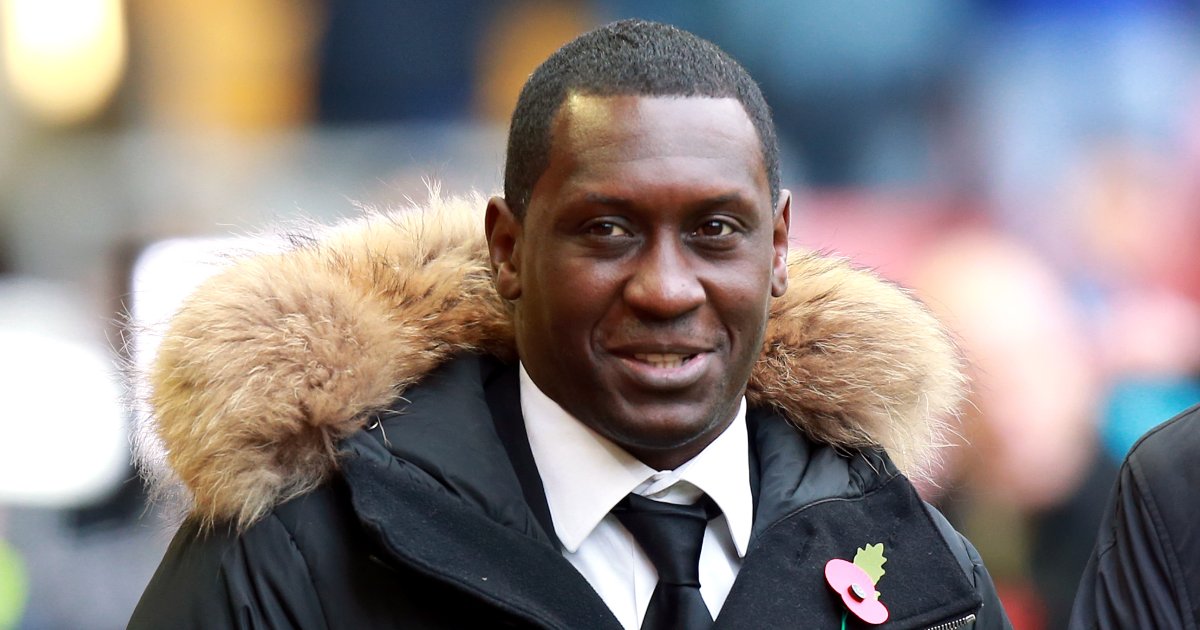 Emile Heskey is tipping Arsenal to finish second in the Premier League behind Manchester City and ahead of both Chelsea FC and Liverpool FC.
The Gunners currently lead the way at the top of the table, having won eight of their nine games in the top flight this season to place them one point ahead of defending champions Manchester City.

Arsenal’s target for the campaign before the season began would have been to finish in the top four – but the Gunners’ flying start will have prompted some fans to start dreaming of the club’s first title triumph since 2004.

Former Liverpool FC and England striker Heskey reckons that the Gunners have what it takes to sustain a genuine title challenge this season but ultimately expects them to fall short and Manchester City to claim their third straight title.

“Liverpool are looking at the top four now, not the title race,” Heskey told Ladbrokes, as quoted by Metro. “They really need to start adding points sooner, rather than later though, because it’s a really tough position to be in when you start drifting away from the chasing pack.

“Manchester City and Arsenal will be the top two in the Premier League this season. Then you’ve got the likes of Chelsea, Liverpool, Man United and Tottenham who’ll always be there or thereabouts.

“I know a lot of people say they don’t like the way Spurs play, but if it’s getting you results, you’re obviously doing something right. It’s all about striking that right balance – is it the most attractive football to watch? No, but what have they got to show for the kind of football they’ve played over the last few years? Nothing.

“Ultimately as a fan you just have to ask yourself exactly what you want. It’s not pretty, but when you’re playing pretty football, you’ll always have a section of fans saying they want grit and they want fight.

“This isn’t just a Spurs thing, by the way – it goes for the whole division. It’s no good playing the best and most attractive football if you’re losing every week. It counts for nothing.

“If you’re pushing me, right now – aside from Man City and Arsenal – I still believe Liverpool can finish in the top four. It’ll be a tough ask for them, make no mistake about that, but I believe they’ll sneak in there.

“I’d probably say Chelsea are in there too. I’d put Chelsea in third and then Liverpool fourth.”

Gabriel Martinelli has been one of Arsenal’s brightest players so far this season, with the 21-year-old Brazilian having scored four goals and made two assists in nine appearances in the Premier League.

The forward’s current contract with the north Londoners is due to expire in the summer of 2024 and the Gunners are thought to be keen to tie him down to a new deal.

According to The Daily Mail, Arsenal are set to have to treble Martinelli’s wages to put him on the same level as the club’s top earners if they want to convince him to pen a new contract.

And Arsenal legend Ian Wright this week urged the north London club to meet Martinelli’s wage demands and convince him to sign a new contract following his flying start to the new season.

Reflecting on Arsenal’s 3-2 win over Liverpool FC on Sunday, Wright said: “The way Arsenal went about that game and the way Gabriel Martinelli played… he was doing the work of two men.

“He was blazing up and down that right side. I’m telling you, he’s the one! With Martinelli, if I’m Arsenal, I’m going in now and offering him whatever he wants.”

Arsenal will attempt to make it four wins in a row in the Premier League when they travel to Leeds United on Sunday.