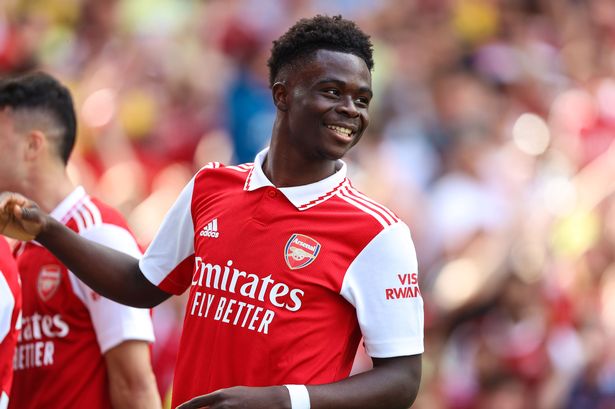 Emerging reports reveal that Arsenal have told sponsors that a deal for a new contract is as good as being agreed upon with Bukayo Saka, sources have told Football Insider.

There has been uncertainty over the future of the attacking midfielder as he has been locked in negotiations with the club for many months while his contract winds down gradually.

The likes of Man City and Liverpool have both been monitoring the situation as their managers Pep Guardiola and Jurgen Klopp are understood to be a big fan of the England international, who is currently at the World Cup.

However, it is understood that Saka is now ready to sign a five-year contract worth around £52million in total.

Meanwhile, Manager Mikel Arteta had earlier confirmed that the club are in negotiations over extended deals with all three players to pacify the fans who are eager to see the Saka sign a new deal.

The versatile attacker has made it clear that his wish is to play in the Champions League and that seems to be achievable next season, reason why an exit is no longer an option for him.

Saka’s current form makes him one of the most important players at the Emirates Stadium.

MUST READ: Arsenal Give Sponsors The Latest Update On The Future Of Bukayo Saka