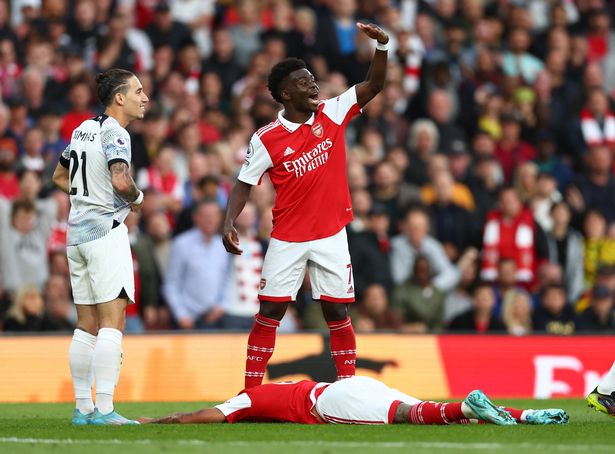 Arsenal are back in Premier League action next week after over one month without a competitive fixture, due to the winter World Cup. The return will see the Gunners top of the league with a five-point gap to second-placed and current champions Manchester City.

Mikel Arteta’s side have a London derby in their first match back, facing off against West Ham United at the Emirates Stadium on Boxing Day. However, even with the gap between their most recent fixtures, there are some injury concerns for the manager to deal with.

With that said, here’s a look at the latest Arsenal injury news and potential return dates ahead of their clash with the Hammers next week.

Arsenal striker Gabriel Jesus has impressed since joining the club in a big-money move from Manchester City in the summer transfer window. His performances managed to earn him a place in the Brazil World Cup squad, but a knee injury cut his tournament short.

On his return to north London, Jesus underwent surgery and is now set for a long spell on the sidelines that will come as a huge blow for the side.

What Arteta has said: “It’s a huge blow for us, obviously. He’s such an important player: he’s brought something very different to the team and it’s impossible to replace him. But we have other players, other alternatives and we’ll try to get that sorted. The transfer window is another option.”

Arsenal youngster William Saliba has been a pivotal player at the back since returning to the club from his recent loan spells, receiving a call-up for the France squad in the World Cup. Disappointingly for Saliba, he only managed a few minutes on the world stage and his nation lost in the final to Argentina on penalties.

With the Premier League returning just eight days after that huge match, it seems unlikely that the 21-year-old will feature for the Gunners.

Defender Takehiro Tomiyasu has struggled with injuries since joining Arsenal, but he was fit enough to make appearances for Japan in the World Cup. The Samurai Blue impressed in the tournament, but lost out to Croatia in the round of 16, with Tomiyasu berating his own performance.

The 24-year-old has since returned to the club and while there were fears over his absence in a behind-closed-doors friendly with Luton Town, he was rested.

Signing in the summer, Oleksandr Zinchenko has impressed in his appearances, but has also suffered with injuries of his own. The Ukraine international was another that didn’t feature in the clash against Luton Town, still nursing a calf injury before the return to action.

What Arteta has said: “Alex is progressing well.”

Reiss Nelson has impressed in some of his recent loan spells, with Mikel Arteta wanting to keep him in the squad for the season ahead. The youngster scored a double from the bench against Nottingham Forest and will be hopeful of following that up with plenty more this season.

However, Nelson picked up an injury in the game against Juventus, leaving the squad potentially short going into the West Ham game.

What Arteta has said: We don’t know the extent of the injury. The fact that he had to leave the pitch straight away is not good news, especially with someone like Reiss who is really powerful and fast. Let’s see what will happen. We know what we have to do and that doesn’t change the plans.”

Arsenal defender Kieran Tierney hasn’t featured much this season as the role of the full-backs has changed in the current system. However, time spent over the break may give him a chance to work his way back into the side and while he didn’t feature against Luton Town, he was also just rested.