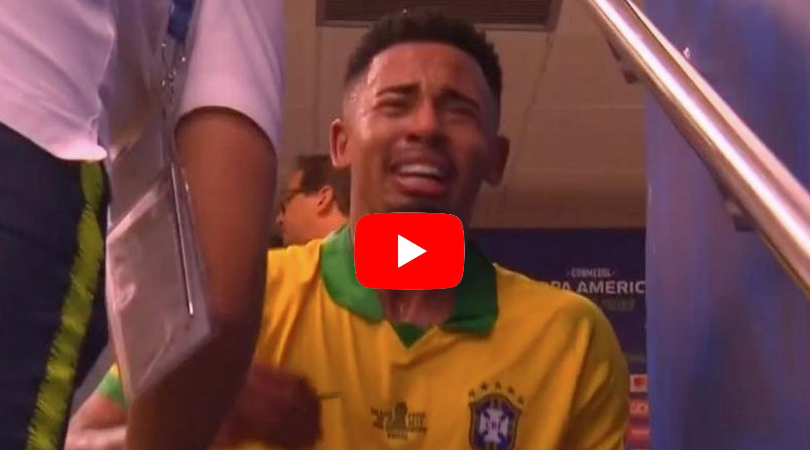 Despite Gabriel Jesus starting well at Arsenal, he has had several critics with many bringing to attention the fact that his goalless run was extended to 14 games, after he failed to score against Cameroon.

But there could be few better people to come to Gabriel Jesus’s rescue than the two-time World Cup winner Ronaldo.

Taking to Instagram, the Real Valladolid said: “Criticism can either be constructive or destructive in one’s life. Words have the power to lift up and tear down – sometimes the same ones that boost one discourage another.

“Therefore, it is important to be careful what we say. But, above all, what we listen to. We can’t control what others will say, and will live in dark times of normalisation of hate speech.

“But we can filter what comes into our ears. Let your self-image, Gabriel Jesus, not be based on what others say.

“May you never forget where you came from because the boy who had the dream of being a player didn’t take an easy path, full of opportunities and privileges.

“That boy did the impossible. The ‘impossible’ extraordinary. He left the Peri Garden to conquer the world. He won several titles, Copa America champion and was decisive in the first achievement of the Tite era. Olympic champion, fundamental in Brazil’s Gold.

“He’s the Brazilian with the highest averaging goals in Premier League history. While many insist on comparing trajectories to disqualify an athlete, I’m here today to remind you that your story is unique.

“You came to the national team with a lot of merit and I hope you still shine bright with your football. May you overcome what needs to be overcome, may you face what needs to be faced, may you continue to believe in your dreams because they are the ones that brought you here. Get well soon!”