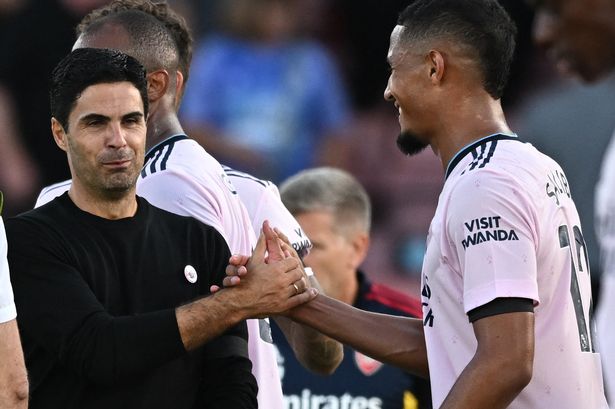 Arsenal legend Emmanuel Petit has claimed that William Saliba has a sense of revenge coming back to Arsenal after his loan spell from Marseille.

Although the France international has impressed since returning to the club, but there are doubts over his future with the Gunners in the summer. Some reports claim PSG will make an attempt to sign him.

According to Emmanuel Petit, Saliba’s return to the club came with a “sense of revenge” for manager Mikel Arteta.

He added that there’s a very real threat off of it that he could leave in the next few years with less than two-years on his current contract – though there is a club option of an extra year.

Petit recalled how Saliba was playing at youth level with the club rather than at first-team level before being sent on loan three times. Arteta made it clear that he was not ready for the first team.

He told 90Min: “He confirms all the good things we saw from him last season with Marseille. He showed great maturity. Three years after signing for Arsenal, I think he came back with a sense of revenge too, he wanted to prove something to everyone, especially Arteta.

“And I think he plays very well. He is like a rock. I like his reading of threats. You know, behind the defence is also very good with the ball fight. And he plays confidently and technically too. He has no problem playing the first balls and starting from the back.”

It remains to be seen if the past will cause issues over a stay in the future.