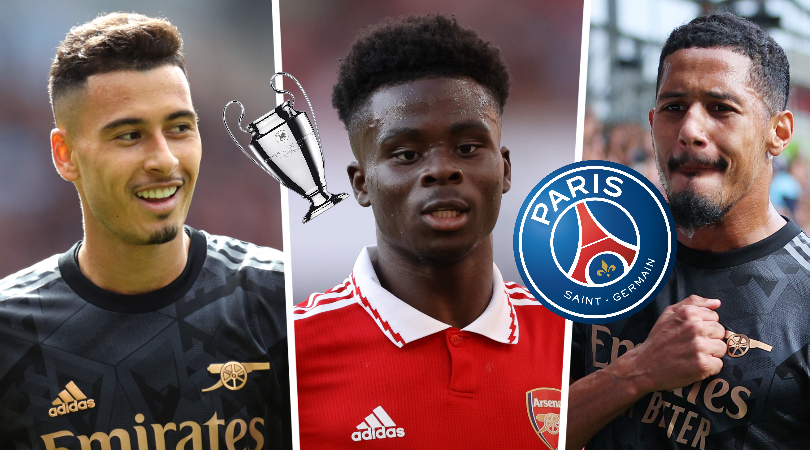 Saliba joined the Gunners from Saint-Etienne in the summer of 2019 but had to wait three years to make his debut. Since doing so, he has been one of the Premier League’s best defenders.

The 21-year-old has featured in all 14 league games this season and is one of the big reasons for Arsenal’s five-point lead at the top of the table. The north London outfit are understandably eager to renew his contract.

Along with Charlie Patino, Bukay Saka, and Gabriel Martinelli, renewing Saliba’s contract is firmly on the Gunners’ agenda. While the Frenchman’s current deal expires at the end of the season, the club have the option to extend it by another year.

PSG’s search for a center-back could be related to Sergio Ramos’ potential departure in 2023. The 36-year-old is in the final year of his contract at Parc des Princes, which has pushed PSG into the market to look for solutions.

ALSO READ:  Marquinhos to leave Arsenal on loan in January if the club are able to sign another winger

Milan Skriniar of Inter Milan has caught their eye, but Real Madrid are also keen on his services. Saliba could also prove to be a tough transfer to get across the line, especially if he renews his deal at the Emirates.

Manager Mikel Arteta will know the young center-back’s value to his team and it wouldn’t be a surprise if Arsenal rebuff any interest shown in Saliba. Barcelona were reportedly pursuing a deal for him this summer as a backup plan in case they failed to sign Jules Kounde.

Patrice Evra sends warning to Arsenal over PSG target William Saliba
Former Manchester United left-back Patrice Evra has urged Arsenal to sign a new center-back. He said that the Gunners would be in big trouble if Saliba were to get injured, which is why they need to strengthen at the back.

ALSO READ:  FINALLY: Chelsea star speaks on report linking him to Arsenal - "It can Happen"

“Some clubs buy players when they are in a crisis, but like Sir Alex Ferguson used to do, you need to buy players when you’re at the top. Imagine if Saliba got injured, the impact he has on the team if he was to get injured they would be done.”
He added:

“So, they need another center-back. It’s a big chance for the owner of the club to backup Arteta. I’m sure that Arteta is convinced that Arsenal are going to win the league, and the players are convinced, but they need some backup.”

With PSG’s reported interest in the player, Arteta would be wise to make contingency plans for January.