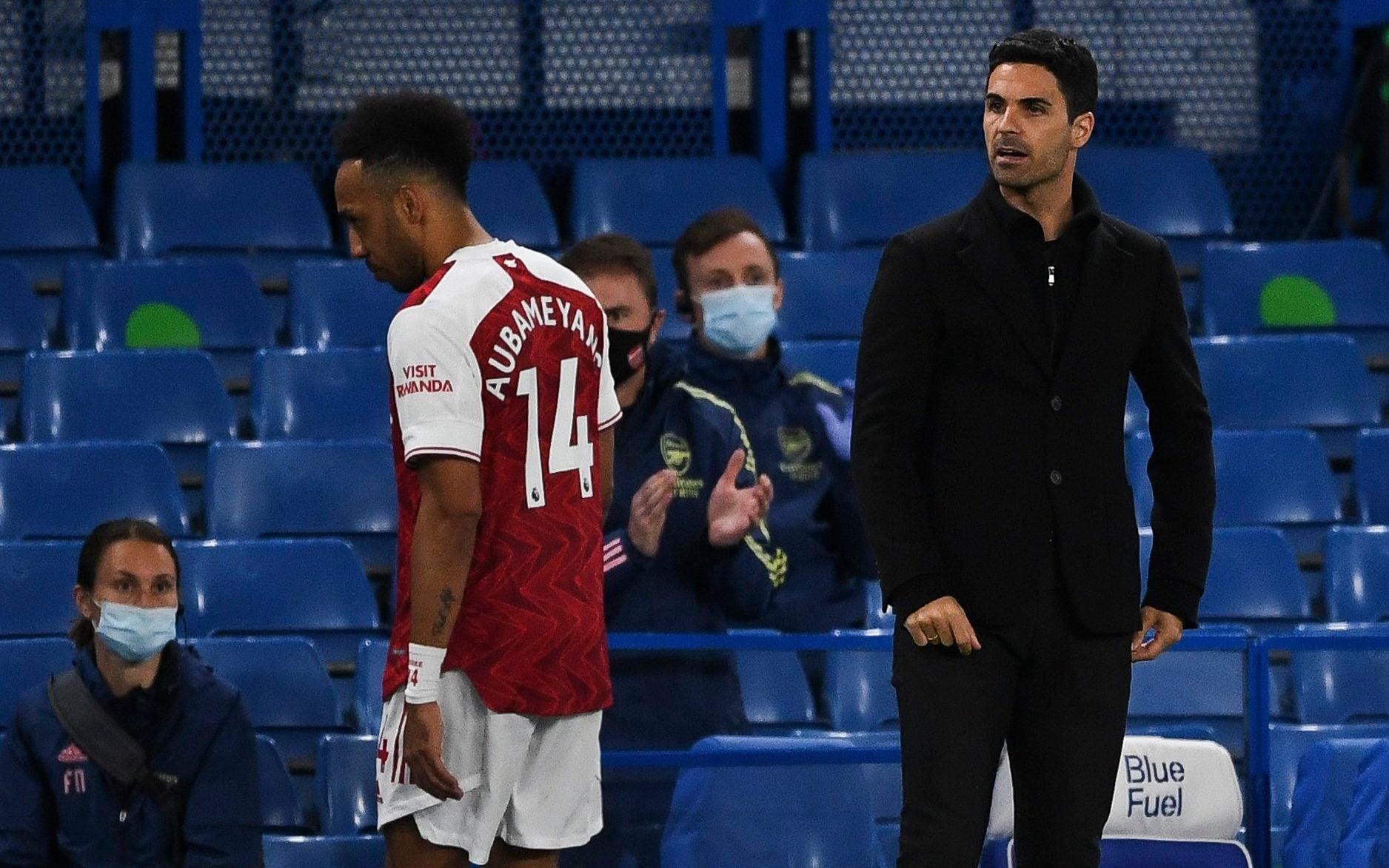 Premier League meetings between London rivals Chelsea and Arsenal are always interesting – but Sunday’s fixture promises to be extra spicy.

The Gunners travel to Stamford Bridge for the first time since ex-captain Pierre Emerick-Aubameyang was signed by the Blues in the summer. Arsenal fans wouldn’t have expected to face the Gabon international again following his move to Barcelona in February.

They certainly wouldn’t have imagined Aubameyang joining one of their nearest rivals, but football’s a funny old game. Perhaps what’s most surprising is the 33-year-old’s pre-match comments, which Mikel Arteta could use to his advantage in his team talk.

In a BT Sport TV promo for the game, Aubameyang is filmed saying, “Arsenal, it’s nothing personal” before adding, “I’m back, I’m Blue, I’m ready – let’s go”. Although he claims it’s nothing personal, the fact the striker has referred to his Arsenal exit speaks volumes.

Aubameyang has also given Arteta plenty of ammunition. After Arsenal’s opening day defeat to Brentford last season, Ivan Toney tweeted: “Nice kick about with the boys.”

That tweet was then used by a furious Arteta ahead of the return game between the two teams at the Emirates. The Spaniard’s rant was picked up by cameras in Amazon’s ‘Arsenal: All or Nothing’ documentary, which documented their 2021/22 campaign.

What do you make of Pierre-Emerick Aubameyang’s TV promo appearance? Let us know in the comments below!

Arteta told his players: “All week we have prepared, we have looked at everything, we want to play as much as possible. I insist here, and this is great, but what is going to make the difference now is what happens in both boxes.

“Before I go, because it’s still in my stomach, and I have managed to keep it in my stomach for six months. This is Toney [show’s tweet] after the game when we played them at Brentford. You know what he did, you know his tweet?

Arsenal went on to win the game 2-1 before inflicting another defeat on Toney and Brentford when the two sides met again in September. As such, there’s every chance Arteta will use Aubameyang’s words to inspire his team to three vital points against Chelsea.

Arteta will also be keen to vindicate his decision to release Aubameyang. Many critics and Arsenal fans – including Piers Morgan – hammered the manager for stripping the player of the captaincy and allowing him to join Barcelona after a disciplinary breach.

Although Arsenal are top of the Premier League, a goal from Aubameyang and a Chelsea win on Sunday would heap pressure back on to Arteta’s shoulders. If the Gunners boss is looking for motivation, he must look no further than BT Sport’s telling TV promo.

Arsenal vs Zurich Preview – Prediction, how to watch & potential line-ups (4-3-3)