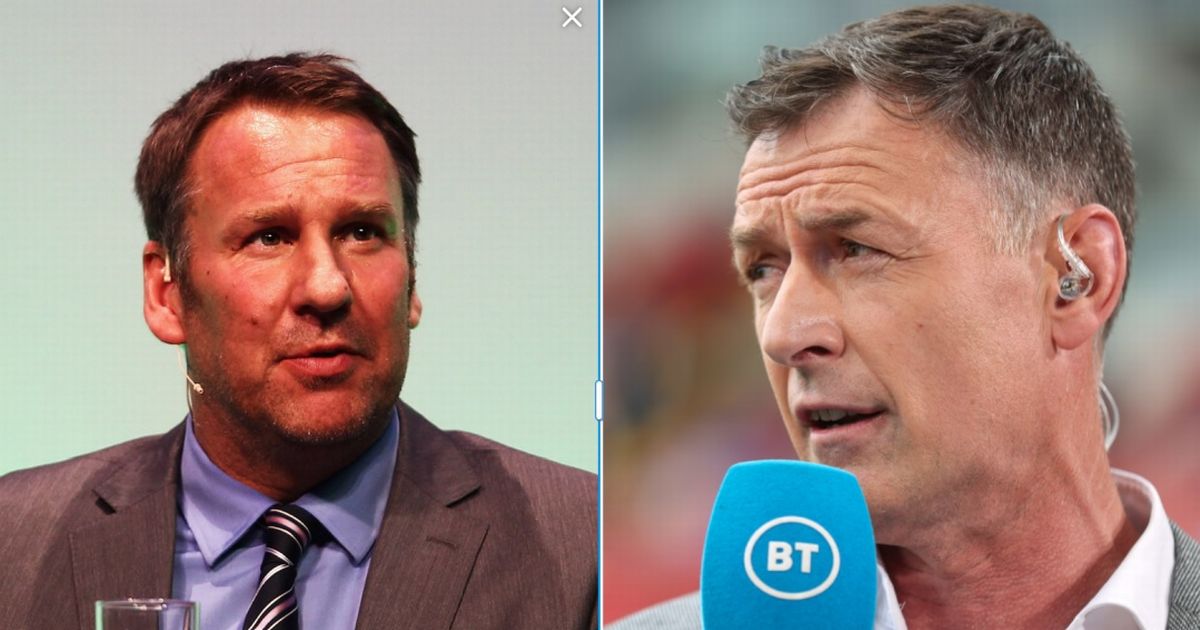 Arsenal take on Tottenham in a crucial North London Derby at the Emirates Stadium on Saturday with both teams fighting at the top of the Premier League.

Mikel Arteta’s side sit top of the table after losing just one of their opening seven fixtures, whilst Spurs are just a single point behind the Gunners, level on points with reigning champions Manchester City. Arsenal missed out on UEFA Champions League qualification last term after being pipped to top four spot by their north London rivals.

The Gunners ran out 3-1 winners in the same fixture last term and Arteta will be hoping his side can get the better of Antonio Conte’s team this weekend. Emile Smith Rowe scored the opening goal in the 3-1 win last season but is set to miss out on the clash and foreseeable future after undergoing surgery to repair a damaged tendon in his groin.

Former Arsenal midfielder Paul Merson has delivered his North London Derby prediction, agreeing with BBC pundit Chris Sutton’s assessment of how he sees the clash ending. Speaking to SportsKeeda, Merson said: “This is a game that never lets you down. There are certain other games in the Premier League calendar where we build them up and they disappoint, but that is never the case with this fixture.

“The way they’re playing at the moment, I don’t see Tottenham being able to beat Arsenal. They did defeat Leicester by a 6-2 margin the other day, but the scoreline flattered them in my opinion.

Mikel Arteta Ben White and on winning Manager of the month

Pre Brentford, Mikel Arteta talks about Ben White and gets congratulated for winning Manager of the month

“Son Heung-Min hasn’t done well when he’s started games so far this season, and Antonio Conte might use him as an impact player to turn to on the bench. Are Arsenal title contenders? I’ll be able to answer that question after they play Liverpool next week.

“There’s no point in winning one big game and losing the next one. Arsenal lost to Manchester United and they now have two big games which they need to win.”

Merson admitted he was ‘shocked’ that Arsenal defender Ben White missed out on a place in Gareth Southgate’s England squad for the recent international break. The Gunners icon added: “I was quite shocked that Ben White didn’t make it to the England squad. He can play in three different positions, and that could help Gareth Southgate.

“When White plays at right-back for Arsenal, it allows Tierney to bomb forward and they effectively play with a back three. It has worked well for Mikel Arteta so far, and there’s no reason to change that.

“With Manchester City in the title race, both these teams should realistically aim for a top-four finish. Arsenal absolutely dismantled Brentford in their previous game, and their home advantage gives them the upper hand in this match.”

Sutton agrees with Merson’s prediction that Mikel Arteta’s side will win the game and also has both sides to score with both teams looking to make a real statement as title contenders this season. Speaking to BBC, Sutton said: “Arsenal have started the season so well, winning six out of seven league games. Their one defeat came at Manchester United, and they didn’t deserve to lose there.

“Tottenham are only a point behind them, though. Yes, they have been slightly fortunate with some of their results, but that just shows they don’t have to play well to win.

“Spurs also have Son Heung-min up and running after his hat-trick off the bench against Leicester before the international break. You could make a case for either team here, but my gut feeling is to go with Arsenal – and for there to be lots of goals.

“It’s at Emirates Stadium, and I think the Gunners will take the game to Tottenham. Spurs like that, because they are at their very best on the counter-attack, but I think Arsenal will get at them.”