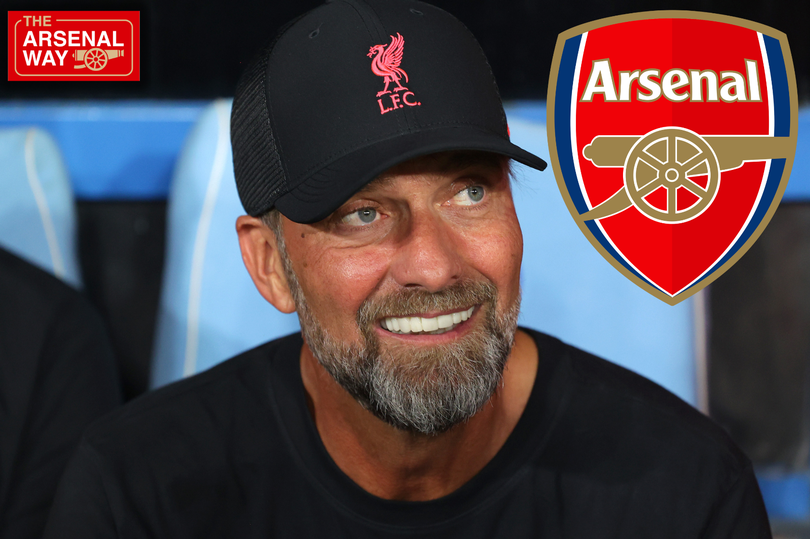 Arsenal were unable to sign a winger in the summer transfer window, despite the clear need to strengthen in the wide areas. Bukayo Saka and Gabriel Martinelli have a lot of pressure to perform until the next opportunity to address this area of the pitch opens.

With the wide areas needing to be strengthened, one player who is a possibility for the Gunners is Memphis Depay from Barcelona, as it would give Arsenal fluidity in the attack between the Dutchman and Gabriel Jesus. Arsenal were reportedly interested in the summer, but a deal never materialised for the Barcelona man.

Depay would be a good signing for Arsenal, but more so as a winger or secondary forward. And Arsenal’s capture of Jesus in the summer transfer window, helped improve the forward line, but there is still more work needed in the upcoming transfer window to bolster Arteta’s option.

Despite Arsenal’s previous interest in Depay, it has now emerged that Edu could also face competition from Liverpool. Two months ago, Spanish outlet Fichajes reported that the Gunners were looking at making a move for Barcelona forward Depay. The Dutchman has fallen out of favour at Camp Nou since Xavi took control of the club, and with Robert Lewandowski joining it has pushed him further down the pecking order, meaning Edu can pounce on a deal for Depay.

However, Spanish news outlet Sport are now reporting that Barcelona are working on a Depay and Roberto Firmino swap deal with Liverpool in January. Despite Gabriel Jesus’ arrival, Edu still needs to add more firepower to Arteta’s options in the upcoming transfer windows. Eddie Nketiah and Jesus will need more goal support from different sources in the team. Depay has tons of European experience having made 74 appearances in the Champions League and scoring 24 goals in the process, showing that he would be a good alternative option from a goalscoring perspective for the Gunners.

But, Barcelona’s reported proposal to Liverpool would prevent Arsenal from adding a cheap but effective signing to bolster Arteta’s attacking options in the January transfer window. This deal would also harm the potential plans for Arteta to use Jesus in a different position.

The Gunners’ boss has been utilising Jesus as a striker throughout the early weeks of the season. However, his comments before the start of the campaign about the Brazilian suggests that he also wants to use him in a different role, more specifically the wing position.

But for the Spaniard to unlock this option, another forward must be signed to provide depth alongside Eddie Nketiah. The Gunners have been given a cheap chance to do this by signing Depay from Barcelona.

Speaking about Jesus, Arteta said: “His versatility is well known. Now we are using him as a nine. He can play as a winger, off the left and the right. You can play with two strikers as we have done in pre-season as and change the shape a little bit. He gives us a lot of flexibility.”

Depay has been utilized more down the middle during the later years of his career, but he still has the pace to be a threat in the wide areas. He would be a useful option for Arsenal, especially when you take into consideration that he could reportedly be available for a cheap price, so Edu has an excellent chance to explore this deal but will need to overcome Barcelona and Liverpool’s potential swap deal.