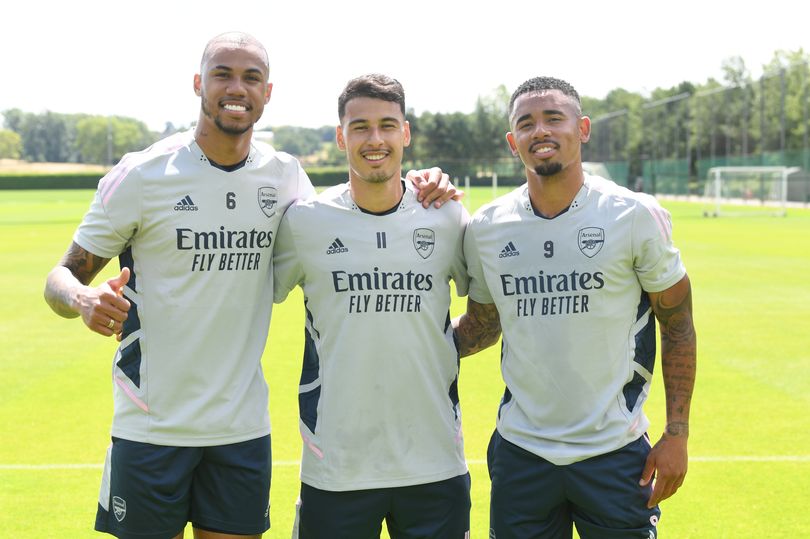 Arsenal boss Mikel Arteta has responded to the news that Gabriel Jesus and Gabriel Martinelli are involved in the Brazil squad for the Qatar 2022 World Cup while defender Gabriel Magalhaes has missed out. It comes as nations start to name their 26-man squads for the tournament.

All three players have made an ideal start to the campaign for the Gunners, playing their part in the side shooting up the table to sit top of the Premier League after 13 games. Jesus, who joined in the summer, has been integral to the side both on and off the ball and reacted to his call-up by posting a video.

Martinelli put out a tweet that read: “Never give up your dreams. A proud moment for me and my family, as I have the chance to represent my country in a World Cup. QATAR 2022!!” While Neymar Jr. also reacted to the youngster being named in the squad for the tournament.

Meanwhile, there will be a sense of disappointment for Gabriel, who has missed out on the chance to be part of a squad that has been backed to challenge for another title. The news has led to Arteta praising his players and setting down a new challenge along the way.

He told the official Arsenal media ahead of the Brighton game in the Carabao Cup on Wednesday: “They [Martinelli and Jesus] are delighted, I spoke to both of them today and they have big smiles on their faces. For Gabi Martinelli it’s his first one and I think it’s a huge achievement to be part of the national team.

“For Gabby Jesus it’s great as well because he needed that call after what happened in the last one. And for Gabi Magalhaes it’s a disappointment, but when you look at the squad that they have and the experience they have in that position, you have to understand that and it’s another challenge for him.

“He needs to be ready for the next one, he needs to improve and carry on with the good things that he’s been doing.”