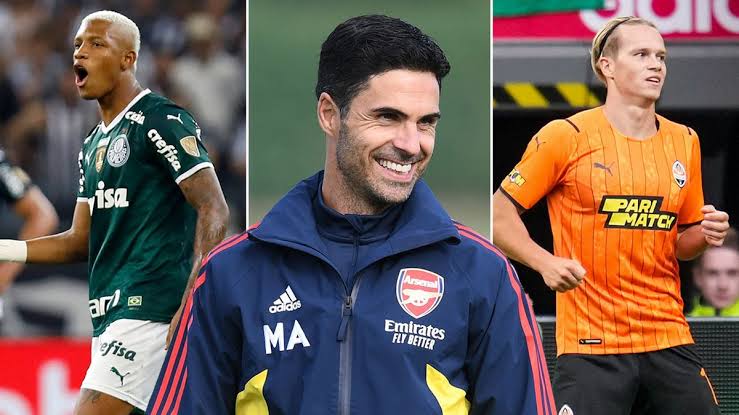 Mikel Arteta spoke to the media ahead of the Premier League clash with Wolves. The Spaniard was asked whether or not the team will be strengthened in January and, as is becoming characteristic, he was coy in his response.

He said: “If we can improve the team, we are always going to be looking to do that as a club.” There appear needs in both midfield and attack with the potential for injuries to key players always a threat.

The two players linked most heavily with a move are Brazilian Danilo and Ukrainian Mykhaylo Mudryk. football.london understands that the club may choose to revive their interest from the summer in Danilo with a formal move in January.

Regarding the Shakhtar Donetsk winger, football.london understands that there is a long-standing interest although, despite some reports of a bid being made, this is unconfirmed at this time. Both players would add crucially quality to the team, in particular, to support the likes of Thomas Partey and Gabriel Martinelli.

With Manchester City the teams main rivals, the comparison between squad depths is stark.

This is a developing news story that will be updated with relevant information as we get it. More to follow…