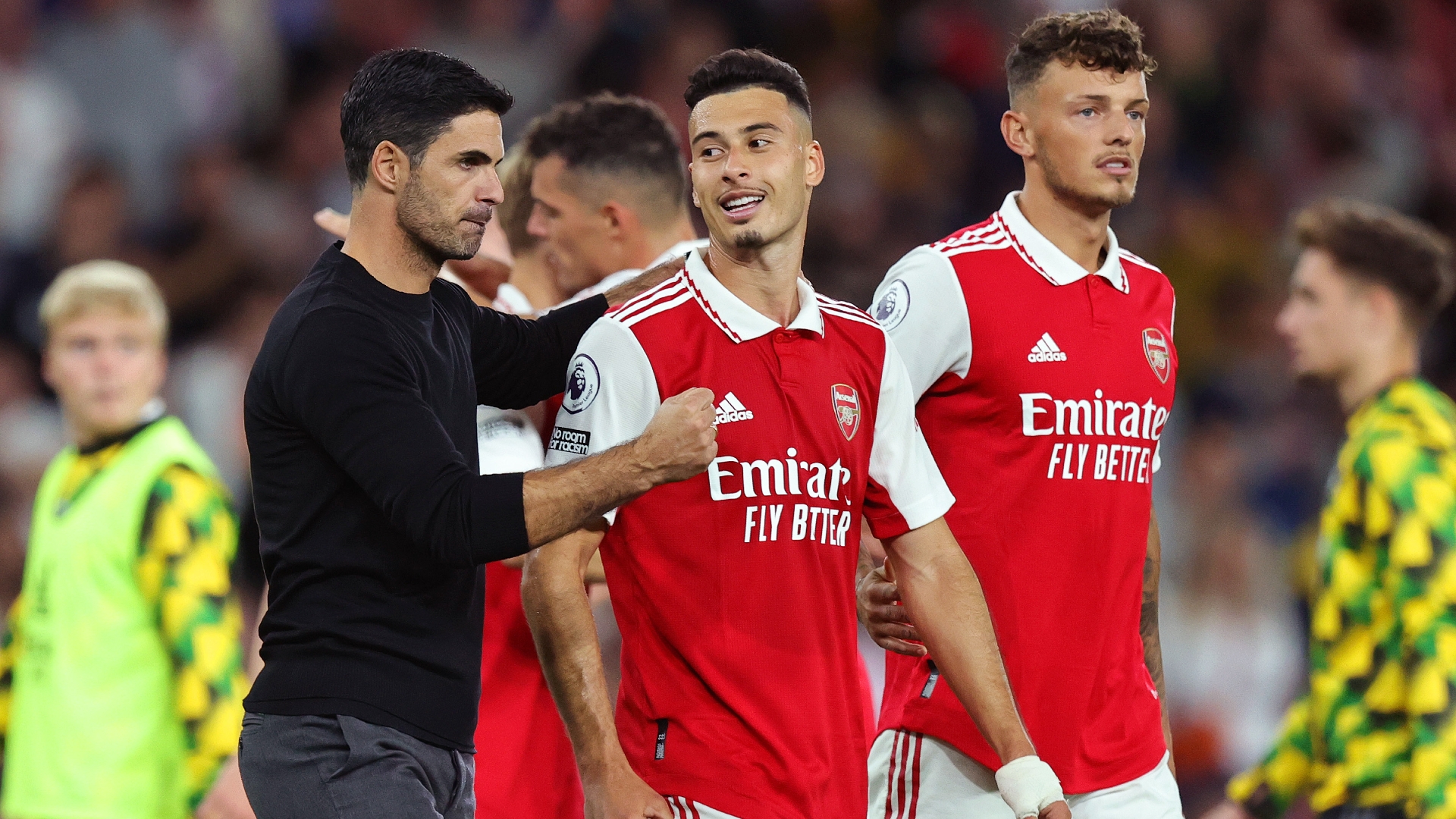 The Spanish boss said that the Brazilian has made great progress in the last year and he ‘was really good again today.’

The Gunners picked up full points from the away encounter and are now back at the summit of the league table with 18 points.

William Saliba opened the scoring in the 17th minute with a superb header before Gabriel Jesus doubled their advantage with his fourth goal of the season.

The home side had no way of getting back into the game when Fabio Vieira struck from long-range on his full Premier League debut.

Arteta was pleased with the performance of his players and praised Martinelli for his display at the Bees.

He said (as per Gunners247): “If you look at the game he played a year ago here and today it is just incredible how fast they grow, they mature, they recognise situations, execution levels, and their understanding. He looks like a different player. I thought he was really good today.”

Martinelli joined Arsenal in the summer of 2019 from Brazilian club Ituano.

The 21-year-old failed to make a huge impact during his first two seasons as injuries mostly kept him on the sidelines.

However, things improved for the Brazilian last season as he didn’t face any fitness issues and bagged six goals and seven assists in 36 appearances across all competitions.

The Brazil international has now become a regular in the first-team and has started seven Premier League matches, with three goals to his name. He is forming a good relationship with Bukayo Saka and Jesus.

Arteta has been using him as a left winger but he can also play at centre-forward.

Martinelli is still very young and he seems to have a great future at the Emirates Stadium.