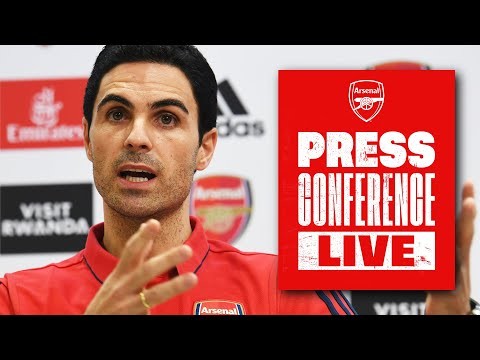 The last time Arsenal played Liverpool they lost 2-0 despite being in the match for much of the contest, before the visitors’ quality eventually told.

That was back in March when the Gunners were on the charge for the top four having won five on the bounce. The Reds meanwhile were in the midst of a ten match winning run as they eyed the quadruple. Arsenal gave as good as they got before second-half goals from Diogo Jota and Roberto Firmino proved decisive.

Arteta assessed afterwards that, whilst his Gunners side were able to match their opponents for much of the game at the Emirates, it was in the respective boxes that they fell short. Liverpool were clinical whilst Arsenal weren’t.

“From box-to-box we were at the right level but in the boxes that’s where they won it,” the Spanish coach told BBC Sport. “They had two big chances and scored. We didn’t. For the rest, we went toe-to-toe with one of the best teams in the league right now. Everything, it was everything we talked about, the quality of it, the mentality, the intensity and the courage. Unfortunately, the result did not agree with the performance.”

Since then though two men have come into the Arsenal starting XI and, after eight games, look to be the difference in the defensive and attacking third. Gabriel Jesus was the marquee signing from Manchester City, the man who many felt the north Londoners needed if they were to take the next step.

William Saliba meanwhile has come into the team after several seasons in the wilderness amid previously suggestions that Arteta didn’t fancy him. The centre-half, who has had three successive loan spells in France, is arguably the first name on the team sheet and has made himself the leader of the team’s defensive line.

He and Jesus, two of the poster boys for this new Arsenal side, will face their toughest test yet when they welcome Liverpool back to north London. The Reds won three of their four games against the Gunners last term but the landscape has changed greatly since then with some talking up the north Londoners as outsiders for the title.

For starters, the Reds are not the solid defensive unit they have been. The stats show an alarming trend of conceding first whilst Jesus continues to find the net. The Brazilian, who scored his fifth of the season last week, could prove to be the difference maker Arteta felt he was missing.

Saliba meanwhile will want to be the individual who stifles Liverpool’s attack – an attack that scored eight times against Arsenal last term. The youngster has looked a calming presence alongside Gabriel thus far but will need to be on his game to deny Mohamed Salah and co.

VIDEO: SALIBA OR VAN DIJK – The Debate Has Finally Ended