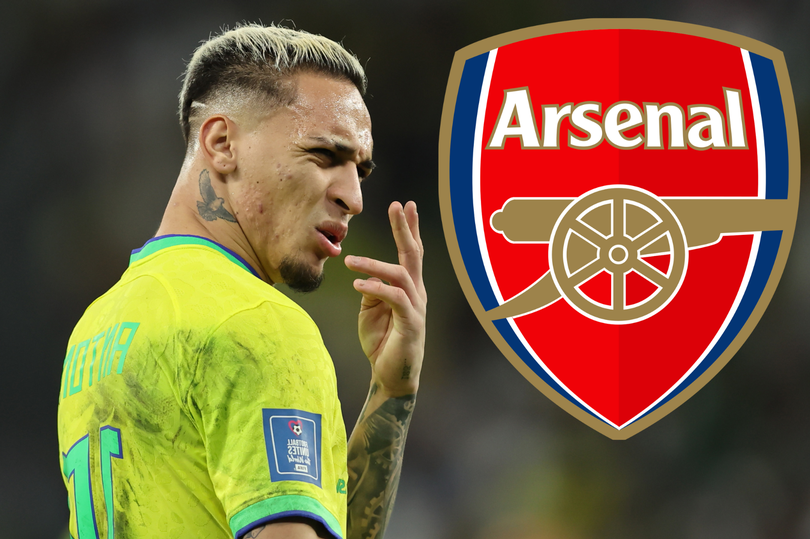 Arsenal could pounce on the potential signing of Joao Felix in the upcoming January transfer window. But for the Gunners to stand any chance, Mikel Arteta’s side must be in a strong position to finish in the Champions League places ahead of next season, which is already the case as the north London side leads the league table by five points.

The Gunners finished the summer transfer window with just Gabriel Jesus and Eddie Nketiah as the forward options going into the season. Matters have become even more strained for Arteta’s forward options, amid Jesus’ knee injury that he suffered at the World Cup.

However, this could be eased in January with the arrival of Felix. And the Gunners have been given a boost in securing his signature due to Manchester United’s summer transfer business.

According to transfer guru, Fabrizio Romano, Manchester United knows that Felix is available. They wanted him in the summer but it is now a different story after signing Antony from Ajax in an £85million deal.

This correlates with Marca’s report that Arsenal have become favourites to sign Atletico Madrid’s Felix in January ahead of PSG, Manchester United and Aston Villa.

Felix comes from the Benfica academy which has had a lot of success in the past in terms of their player development, which Manchester City has benefited from. Mikel Arteta has an excellent chance to follow in Pep Guardiola’s footsteps by doing the same with the signing of Felix, whose stardom was once compared to Kylian Mbappe.

The forward was highly touted by Europe’s biggest clubs after his amazing Europa League run with Benfica during the 2018/2019 season. It was Atletico Madrid who signed him later in that summer for a blockbuster £114million transfer, as the youngster was tipped to become one of the world’s best players.

However, since joining the La Liga side his growth has taken a hit due to a clash in the style of play between him and Simeone, which has not been helped by the delay in injuries. Despite the differences between the player and the manager, Felix has still displayed glimpses of the quality he can bring when given the freedom to express himself.

Felix would certainly be a good signing for the Gunners. But, competition for his signature is already showing to be difficult meaning Arsenal would have put themselves in the best negotiation position to be able to complete a deal.