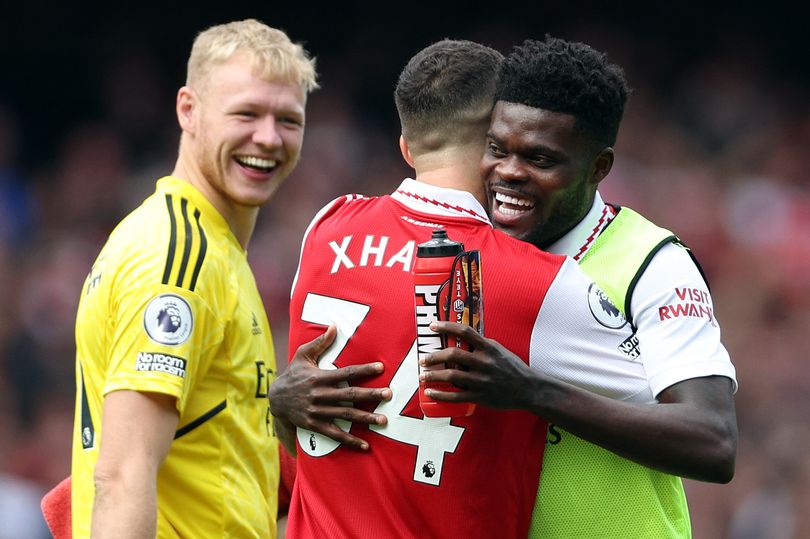 Thomas Partey remains one of the key players in the Arsenal team. His performance against Tottenham in the North London Derby further highlighted just how important the Ghanaian will be for the Gunners’ hopes and goals for the season.

Yet Arsenal have been frustrated by the lack of availability since they signed Partey in 2020. In fact, he has been available for less than 60% of matches since his arrival. A persistent thigh problem has reoccurred multiple times keeping him out.

He missed the 3-1 defeat at Manchester United in which Sambi Lokonga, his replacement, was at fault for two of the goals, ultimately costing the Gunners what would have been a statement win and their only dropped points of the season.

Mikel Arteta and Edu failed to bring in a midfielder in the summer and made the decision early in the window to sign Mohamed Elneny to a new deal. It appeared this was a decision made for the season because, until a serious injury in the 2-1 win over Fulham, the club appeared not to have plans to strengthen the position.

It was only on Deadline Day that Arsenal pushed to sign Douglas Luiz but ultimately failed after three bids were rejected. Despite the frustration that Arsenal chose to renew the Egyptian perhaps instead of making a signing, the decision has been backed by Arsenal star Aaron Ramsdale.

He has spoken of the necessity of having Elneny not only on the pitch but more importantly in the dressing room. It was evident in the Amazon: All or Nothing documentary how key he was throughout the season.

“Strange! He’s one of the nicest men I’ve ever met in my life, he doesn’t have a bad bone in his body, [his] dress sense is horrendous. But he is also the type of person you need in the dressing room,” he told Crouch on Around The Block.

Whilst positivity and leadership are valuable traits, especially in a young squad like Arsenal’s, however, what will override all characteristics is quality. Elneny has put in some top displays in Partey’s absence but over the long-term, it is widely agreed the Gunners need to find another Partey back-up plan.

With the age profile and unreliable attendance of Partey, the club potentially need to find someone who can not only cover but compete with him too. Options aren’t forthcoming although football.london understands that Arsenal could revive their interest in Palmeiras’ talented midfielder Danilo in January.

At 21, he wouldn’t yet be the finished article but has shown the potential that one day he certainly could. A move for Luiz in the winter window has not been discussed yet, and Youri Tielemans’ name is unlikely to disappear with just six months remaining on his deal too.