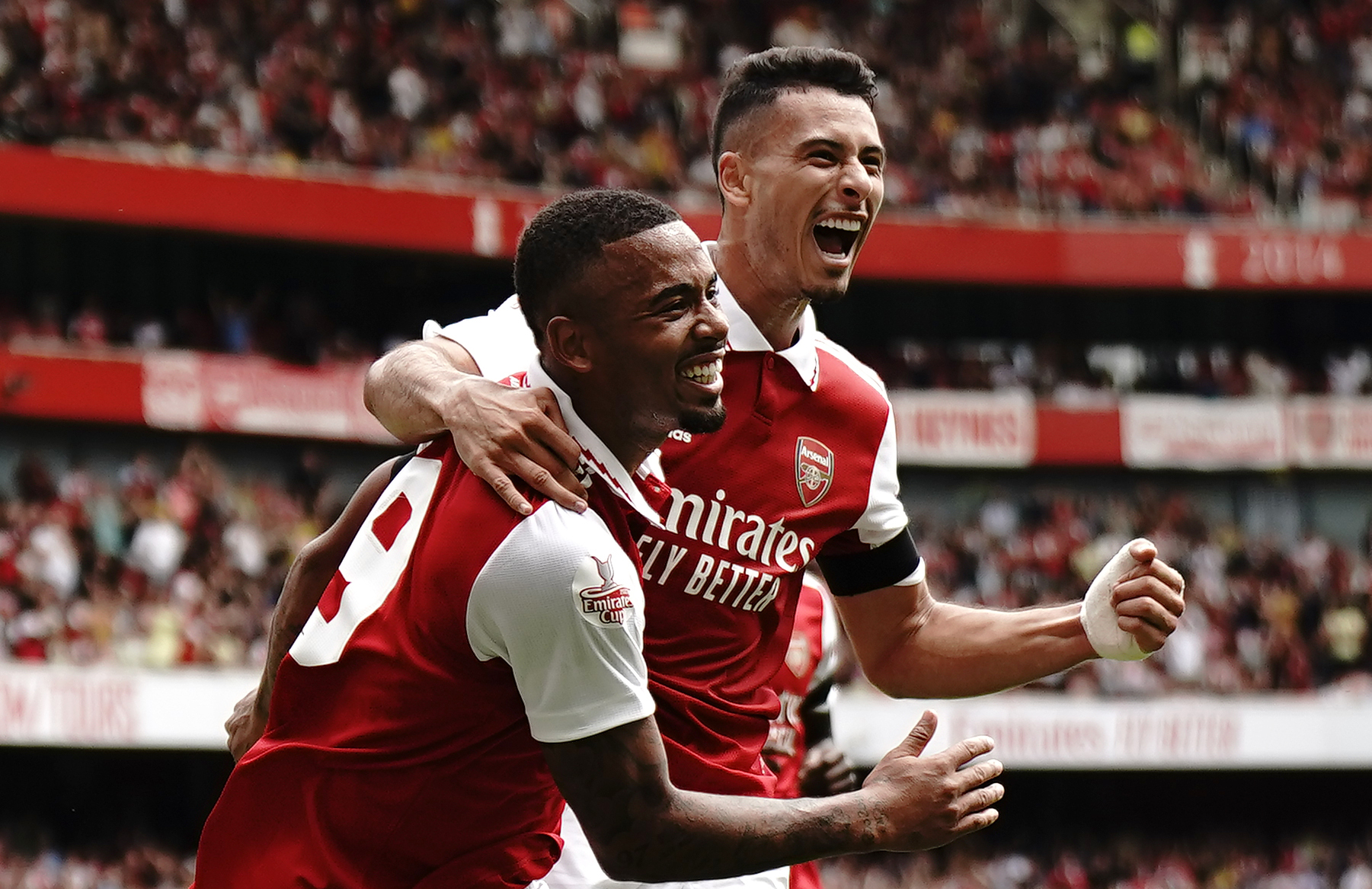 Gabriel Martinelli has hailed the leadership and impact of Arsenal teammate Gabriel Jesus.

The Brazilian, a four-time Premier League winner, doesn’t just lead by example — he’s happy to pass on his experience to all the youngsters around him and they are flourishing for it.

Martinelli said: “It means a lot to play with him and have the connection we do, I can learn a lot of things from him.

“He’s a very good guy and not just me but all the players are very happy with him. On and off the pitch he’s a great guy. He always tries to give advice to us — go in behind or come short to play. When he makes one movement, we do another one, so he always tries to help us with these details and they are so important.”

This season, Martinelli has started all 10 games and is impressing greatly in the attacking midfield three with Martin Odegaard and Bukayo Saka which operates just behind Gabriel Jesus.

Martinelli added: “It couldn’t be better. That’s what I want: to play every single game and try to do my best to help the team. We are playing well and we need to keep the intensity we are putting in, we need to keep this mentality. It has been unbelievable being part of this front four.

“All of them are very good players. Me, Jesus, Odegaard… Fabio Vieira as well in the Europa League on Thursday, and the other players who are starting are big players and we have a very good team.”