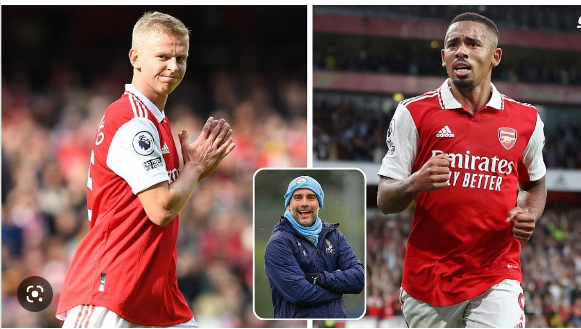 Manchester City will not sell any more first-team players to Arsenal for the foreseeable future, according to a report from Football Insider. It comes after the Gunners were able to sign both Gabriel Jesus and Oleksandr Zinchenko from their rivals in the summer transfer window.

With the pair in the team, the North London side have managed to leapfrog their competitors in the league and currently sit top and five points clear.

Arsenal have been handed a huge boost in their efforts to sign Leicester City midfielder Youri Tielemans in the upcoming January transfer window. The Gunners could be one of the more active sides in the winter market as they continue their push at the top of the table.

Arsenal are one of a number of sides expected to be busy during the January transfer window as the Gunners look to reinforce their squad for the rest of the season. While there’s still over a month until the market reopens, plans are being drawn up everywhere over signings and targets for when it finally opens.

JUST IN! Arsenal enter the battle to sign No.9 Canada international