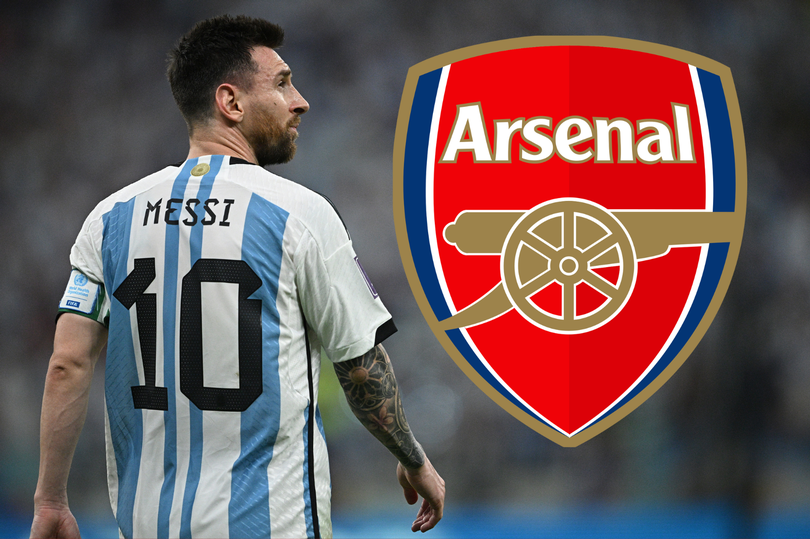 Arsenal could pounce on the potential signing of Joao Felix in the upcoming January transfer window. But for the Gunners to stand any chance, Mikel Arteta’s side must be in a strong position to finish in the Champions League places ahead of next season, which is already the case as the north London side leads the league table by five points.

The Gunners finished the summer transfer window with just Gabriel Jesus and Eddie Nketiah as the forward options going into the season. A lot of pressure has been placed on both forwards with a heavy fixture schedule due to the Europa League.

However, this could be eased in January with the arrival of Felix. And Arsenal may have been given a boost in securing his signature after Lionel Messi’s potential transfer U-turn.

It was initially reported by The Times that Lionel Messi could be on his way to the MLS to join Inter Miami. It was also claimed that David Beckham’s side were growing confident that Argentine would be joining his side in the United States.

However, transfer guru Fabrizio Romano has claimed that Messi has made no decision for the future. Romano has gone on to report that he is focused on the World Cup and Paris Saint-Germain will soon offer him a new contract.

If Messi stays as PSG, then Arsenal could have a better chance at signing Felix in the January transfer window. This comes after Italian journalist Matteo Moretto claimed that PSG were also interested in signing Felix. Discussions were reportedly already underway between the French club and agent Jorge Mendes.

But, with the French side already equipped with a host of attacking talent with names such as Lionel Messi, Neymar and Kylian Mbappe, having both Felix and Messi in the same team would be unlikely due to the similarities in terms of their position and style of play.

This is why Arsenal have an excellent chance to pounce on Felix’s transfer situation. According to Spanish news outlet El Chringuito, Arsenal were interested in signing the Portuguese star last season. The report went on to claim that a deal was possible because Diego Simeone wants to replace him with another attacker.

The forward was highly touted by Europe’s biggest clubs after his amazing Europa League run with Benfica during the 2018/2019 season. It was Atletico Madrid who signed him later in that summer for a blockbuster £114million transfer, as the youngster was tipped to become one of the world’s best players.

ALSO READ:  BREAKING: Manager speaks on future of midfielder who is linked to Arsenal

However, since joining the La Liga side his growth has taken a hit due to a clash in the style of play between him and Simeone, which has not been helped by delays with injuries. Despite the differences between the player and the manager, Felix has still displayed glimpses of the quality he can bring when given the freedom to express himself.

Felix would certainly be a good signing for the Gunners. But, competition for his signature is already showing to be difficult meaning Arsenal would have put themselves in the best negotiation position to be able to complete a deal.

GOOD NEWS: Arsenal told they have a “realistic chance” of shocking Europe to sign this player