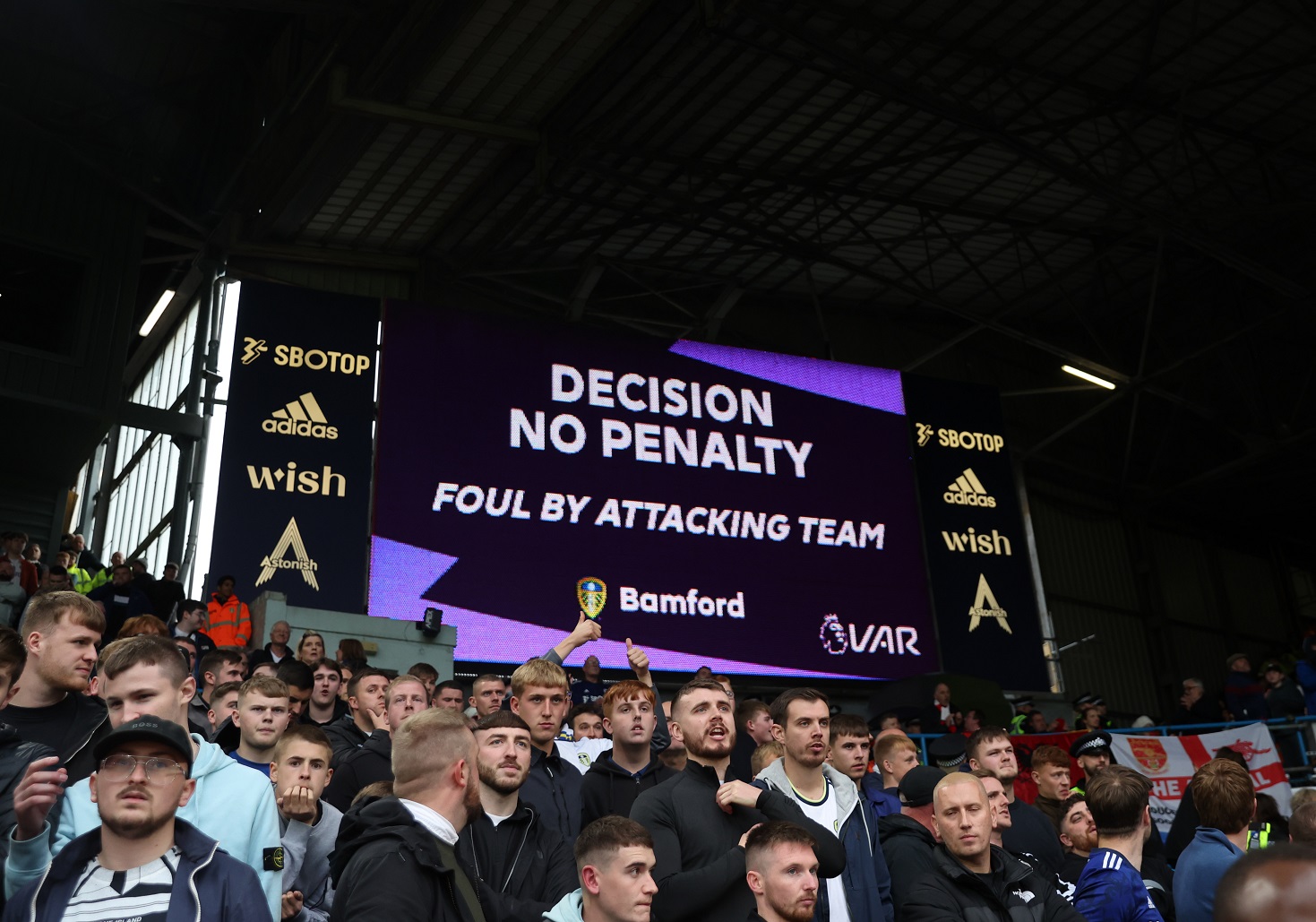 It’s a very lucky Sunday for Arsenal by Konstantin Mitov

Well lovely Arsenal people, we were mighty lucky to get all 3 points at Leeds. Let’s not kid ourselves this was a particularly shocking second half from us, but the footballing gods were on our side and we escaped with a 1:0 victory.
I must say the defending was absolutely atrocious. Gabriel made a mistake again, right as the second half started and honestly I have no clue why Bamford’s goal didn’t stand… It should have.
To be honest after that Saliba didn’t shower himself in glory either, conceding a penalty for handball. Deliberate or not it was poor, and his face showed straight away he knew. They missed it though, and I thought some justice was done as there was a blatant offside in their attack which VAR chose to ignore.
Honestly they were all over us, and usually two passes were enough to take out our midfield and trouble our backline. We struggled with our passing and never really got it going, but that boy Saka again with a ridiculous finish, although their keeper should’ve done better, eventually gave us massive 3 points.
The end of the game almost got me breaking stuff, as Gabriel has another Bozo moment. I mean what on earth are you doing. The moment your leg is out you are asking for it. I think the penalty decision was ridiculous as there was an obvious foul, but why are you leaving your leg out?
We were saved by VAR. But this game highlighted the lack of depth in our squad. I like Tomi, but at LB against Leeds?
Odegaard was shocking apart from the assist. Party was really poor as well and there were little options from the bench.
I thought Jesus was anonymous. Actually I was hoping to see Eddie so much earlier just to add some menace to our pressing. That said, I will take it. This is a young squad, that’s overplayed. Saka and Martinelli don’t have competition. They also play in the Europa League and they are carrying the team.
What we need to show is that it was a one off. We need to properly rotate against PSV. If we beat them Europa is almost done. But look, Liverpool beat Man City. We are 4 points clear at the top. I still think City will win it, but my god, 9/10 wins people!
We haven’t had such a start to the season since 2007/8 or 2004/5, both those season we didn’t win it, but look…
I remember title winning teams winning games 1:0 when they don’t deserve it. United did it under Fergie, Chelsea under Mourinho and so on. I felt in previous seasons we were unlucky with decisions, but I just want to finish on this point. When you are a better team playing better football, the decisions kinda go your way more.
I am over the moon. I am sipping one to enjoy being lucky for once and living in the dreamland, as long as it lasts!