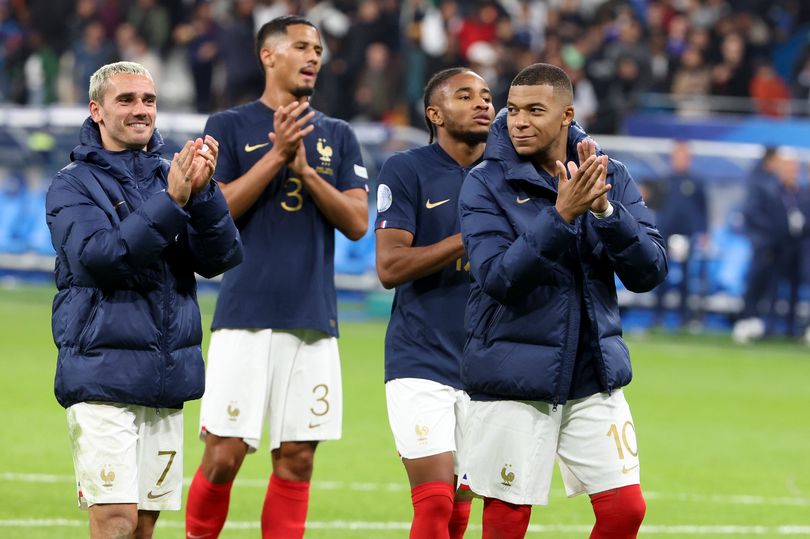 William Saliba has been sensational for Arsenal in the early weeks of the season. And the Frenchman has been able to replicate this form for his national side.

The 21-year-old has received countless plaudits since becoming a regular starter in Mikel Arteta’s side. Now, Kylian Mbappe is the newest figure to heap on praise for the young defender, as the pair are currently together on international duty with France.

Saliba took to Instagram after the game to thank the fans. “Always proud to wear this jersey. Thanks to the supporters for this atmosphere,” he wrote.

Saliba’s good pal Mbappe, who seemed impressed with the defender’s performance, replied to the post by writing, ‘Duroooooo,’ which translates to ‘hard’ in English. The young Arsenal defender was subbed on in the 23rd minute by Didier Deschamps in France’s Nations League fixture against Austria after Barcelona’s Jules Kounde suffered an early injury. Saliba ensured a clean sheet at the Stade de France, along with a 92% passing accuracy, which saw his side come out 2-0 winners.

Saliba has been Arsenal’s best defender in the early weeks of the new Premier League season. His dominance in the backline has been impressive, which immediately made him one of the first names on the team sheet.

The Frenchman’s composure when defending and especially in possession of the ball makes it seem as though he is a veteran despite only being 21 years old. He has been a crucial presence in Mikel Arteta’s defence.

Saliba has been excellent since his return from a season-long loan at Marseille. His impressive statistics continue to prove why he is a crucial asset for the Gunners and his National team, which is also starting to be recognised by the best players in the game.

Why Arsenal could miss out on signing Premier League No.8 midfielder