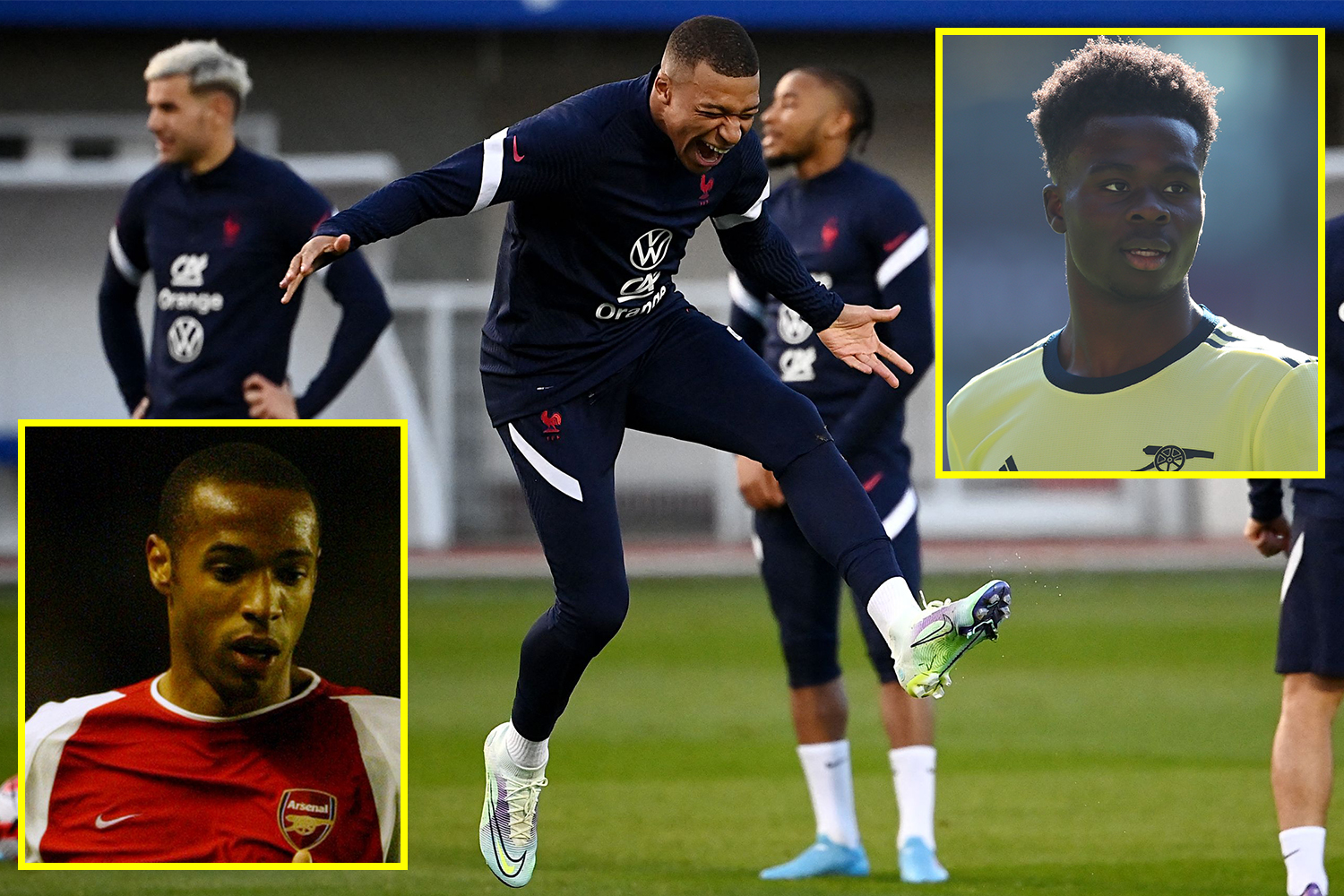 Bukayo Saka was magnificent for Arsenal during the 2021/2022 campaign as the youngster played a major part in Arsenal’s push for Champions League qualification. His importance to the team was epitomised by the fact that he was awarded with the player of the season award.

There had been speculation surrounding his future as he is yet to sign a new deal. But Arsenal must make securing his future a priority over the summer, as his impact highlighted how important he is to the team.

The Gunners may get to a helping hand from Kylian Mbappe in Edu’s attempts to keep Saka at the club. This comes after a clause in Mbappe’s contract has reportedly been revealed.

There have been questions surrounding Saka’s future at the Emirates Stadium, in particular recently as his contract situation is beginning to reach a precarious stage. He currently has two years remaining on his current deal and is approaching the stage where a renewal must happen.

According to 90min, Real Madrid and Manchester City are among the sides monitoring Saka, which Arsenal and the player are aware of, but there’s growing confidence that fresh terms will be signed off before the new year.

Ancelotti ‘fed up’ with Mbappe questions amid fresh transfer reports

Despite Real Madrid’s reported interest in Saka, Los Blancos have always viewed Mbappe as their main target which was proven in their strong pursuit for the Frenchman towards the end of last season.

Mbappe ended speculation about a move to long-term admirers Real Madrid by signing a new deal with the French capital club in May, agreeing to terms until the end of the 2024/25 season.

According to L’Equipe, however, that three-year deal is in actuality a two-year contract with an extra optional year – one that can only be triggered with the consent of the player.

That means that Mbappe could leave on a free a year sooner than previously reported, which gives Real Madrid the opportunity to explore a deal. With Saka and Mbappe operating in the same area of the pitch, acquiring both players may not be worth the financial package required for a double signing.

Towards the end of last season, The Englishman was viewed as one of the club’s most valuable assets and football.london understood that the Gunners had made extending the current contract of the youngster a key priority ahead of the summer transfer window. The 20-year-old is currently valued at £84million, according to CIES Football Observatory.

Arsenal are said to be pushing hard to tie Saka down to a new long-term contract. The report goes on to claim that Edu believes all the deal is on the right track, with the Gunners hopeful that all three will have put pen to paper by January.

ALSO READ:  Why Arsenal could miss out on signing Premier League No.8 midfielder

Following Arsenal’s 3-0 win against Bournemouth, it meant that Saka became the second youngest player to reach 100 Premier League appearances, with Cesc Fabregas ranking above him.

The academy graduate is also in the top five for appearances made for Arsenal before turning 20, meaning he is above Arsenal legends such as David Rocastle and Liam Brady, and has been used more than any other player by Mikel Arteta since he took charge of the team in 2019, highlighting why it is pivotal that the Gunners tie Saka to a new contract. And Mbappe’s contract situation could hand Edu a major boost in keeping the Englishman at the club.