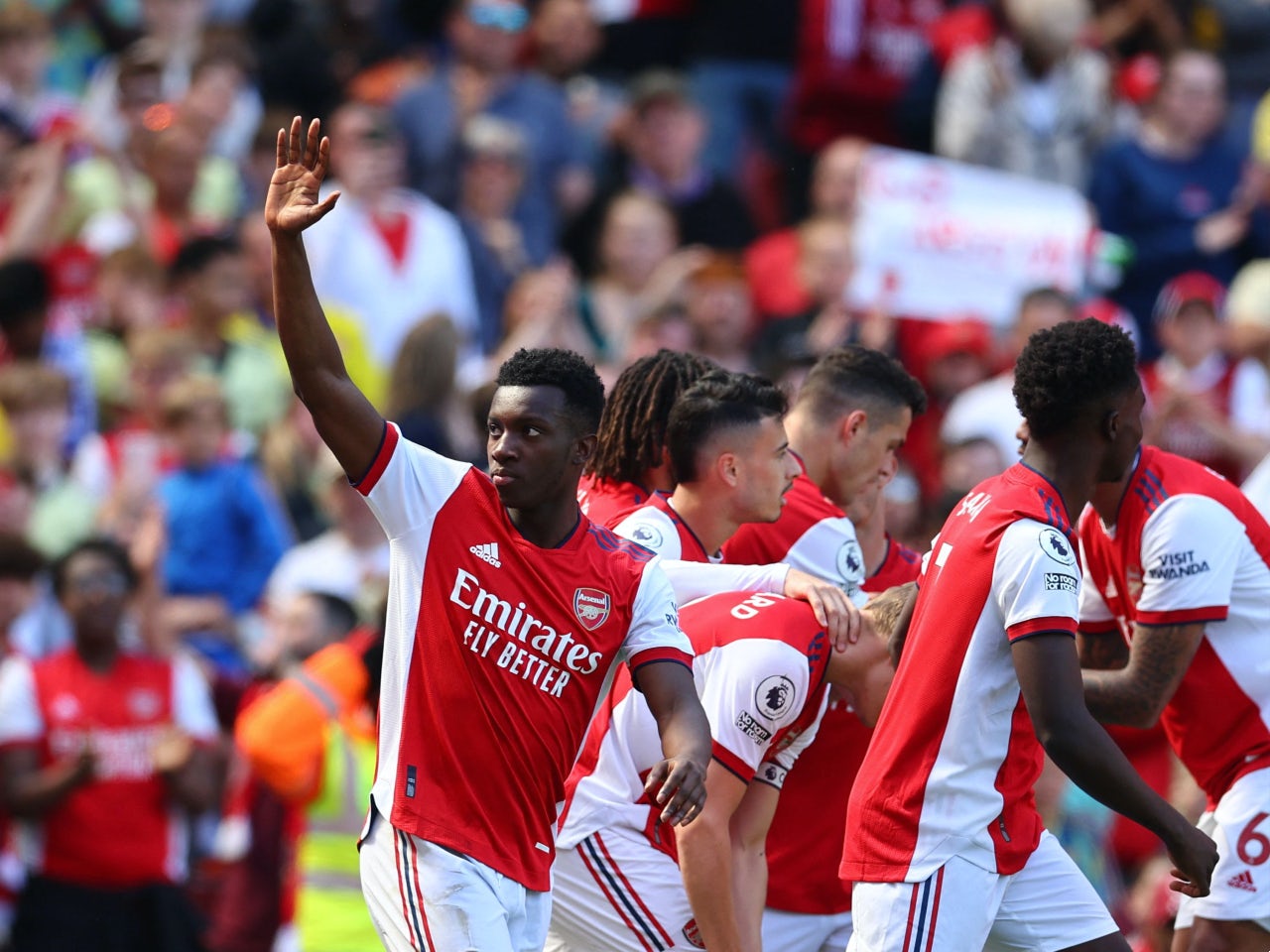 Jamie Carragher has praised Arsenal technical director Edu for the club’s ‘brave’ transition in transfer strategy over the last two years. In the previous pair of summer windows, the Gunners have spent in the region of £270million on refined and meticulously profiled targets.

Speaking on Sky Sports show ‘The Overlap Fan Debate Extra’, the former Liverpool defender said: “The thing with Arsenal, I really like what’s happened in the last two windows.

“You can see there’s a plan in terms of ‘we’re going to go for young players. I think you made the mistake of going for Willian, Cederic, and David Luiz, overaged players. I think the players that you’ve brought in have been really brave, and they weren’t people who would’ve taken them, and the position you’ve found yourselves in, you can’t go and get Champions League.

“So you’re almost having to build this young team. I can’t look at many of the transfers over the last couple of years and thought this is a disaster. He looks a good player, Odegaard coming in, Ben White’s at right-back, Saliba, Zinchenko, Jesus, Martinelli for a pittance really, you didn’t pay too much money on him.”

Kylian Mbappe has named former Arsenal transfer target Dusan Vlahovic as one of the best strikers of this generation, telling Mikel Arteta what he missed out on. The 22-year-old was heavily linked with a move to the Emirates Stadium before eventually opting to join Juventus instead.

After losing sight of the Serbian, the Gunners surrendered their top-four position to rivals Tottenham Hotspur with the deal proving costly. While the acquisition of Gabriel Jesus has – so far – proved successful, it could have been all so different had Arsenal signed the Juventus number seven.

And, Mbappe has told Edu what the north Londoners have missed out on following Paris Saint-Germain’s clash with the Italian giants in the Champions League group stage opener. As quoted by Football Italia, the France international said: “Vlahovic is a quality striker. He is one of the best of his generation.

“He can do much better going forward. He has so much to give. He has already shown so much, Only time will tell, but I don’t think it is a big risk for me to say that he will be a top striker in the coming years.”

Bukayo Saka has been tipped to snub Liverpool and sign a new contract at Arsenal. The 21-year-old has been thinly linked with an exit from the Emirates Stadium this summer as he enters the final two years of his deal in north London.

According to The Times, Jurgen Klopp’s side are closely monitoring Saka’s situation, with Manchester City also keeping tabs on the England international. However, despite interest from the Premier League’s title contenders, the Gunners are still confident of retaining the Hale End graduate.

Speaking on Sky Sports, Merson discussed what is next for Saka amid the winger’s rise to superstardom: “Keep on doing what he is doing. That’s what makes top, top players. You just keep on doing it.

“He is only just turned 21. He has got another seven or eight years at the top level, at the very least. He needs to make sure when he is getting interviewed at 29, that carries on, and that’s when you are a top player.”