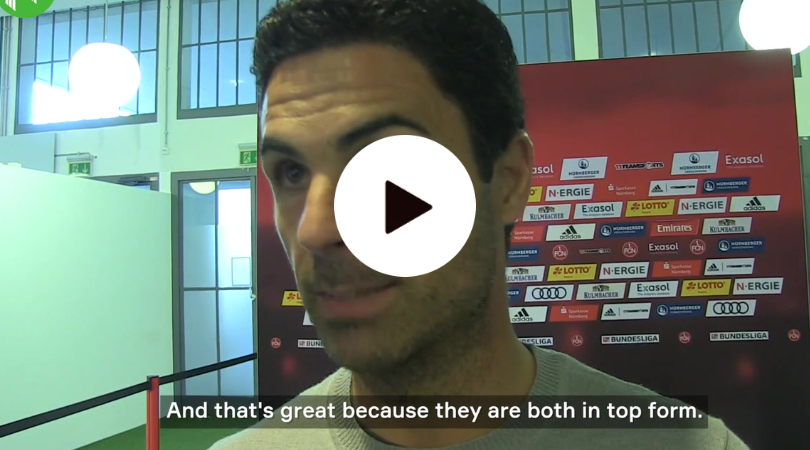 Eddie Nketiah has sent a message to manager Mikel Arteta, hinting him that he is ready to replace Gabriel Jesus who is injured.

While the 23-year-old is yet to start a league game this term, he has proved that he can score after his five times in the final seven games of the campaign.

He therefore said, ‘I have been working hard, I’ve been working hard all season and I’m sure when I get the opportunity I’ll be able to come in and help the team,’ Nketiah said, insisting the entire squad are behind Jesus in his bid to return to fitness.

‘I spoke to him [Jesus] and wished him a speedy recovery. It is never nice to see anyone miss a World Cup and also for us as a team he is a big player, we are going to miss him. We are all behind him.’

Gunners have beaten Watford and Lyon in warm-up games and on Thursday take on AC Milan on December 13 and then Juventus four days later.

‘It is good to be back,’ Nketiah said. ‘Two games for us so far and two goals which is nice. We’ve done a nice bit of training and these games are a good test.“We had really good momentum going before the World Cup.

‘You can look at the break in two ways, it could be time for us to improve and get even stronger.

‘It would have been nice to keep it going but everyone here looks sharp and refreshed and the boys who have gone to the World Cup are doing well.

GOOD ONE: Arsenal Enter Battle to Land Portugese Forward at the Emirates