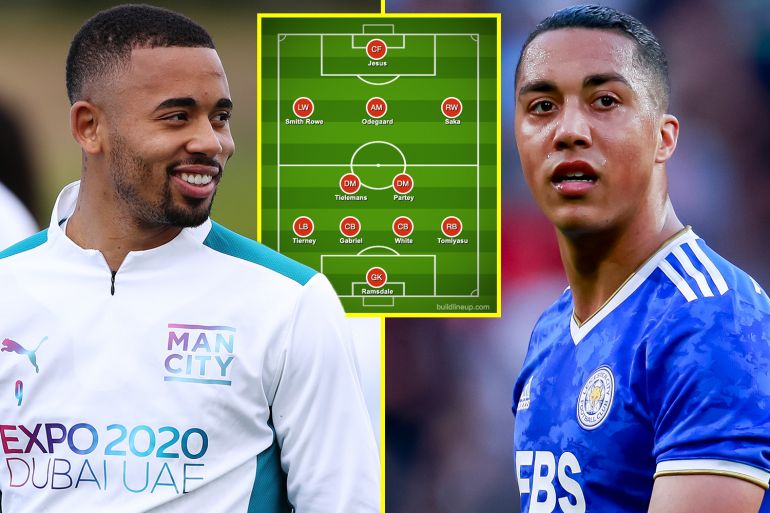 Leicester City’s Youri Tielemans is one of the biggest names playing outside of the Premier League’s traditional ‘big six’, with the Belgian midfielder having impressed during his four years in the East Midlands.

During that time, he has played a key role in the Foxes’ strong Premier League performances as well as scoring the winning goal in the 2021 FA Cup final. He has also played an important role for his country, earning 58 caps for the Belgian Red Devils at the age of just 25.

With Arsenal in need of midfield reinforcements due to their current reliance on Granit Xhaka and Thomas Partey, Tielemans could provide the extra depth needed as Mikel Arteta and his side enter the final months of what is set to be a tense title race.

His contract expires in the summer, meaning that Arsenal can make contact for a move to be completed on July 1 or alternatively pursue a cut price deal this month for the Leicester midfielder.

Here, we take a look at the current state of play in terms of Arsenal signing Youri Tielemans.

ALSO READ:  Arsenal keep a close eye on €20m-rated African midfielder - What a Signing He'll be

Leicester manager Brendan Rodgers had previously stated that after selling some big names in the summer that he would aim to hold on to some of his big names this month in order to avoid a relegation battle. However, he has since hinted that he could be willing to consider offers for players who he perceives to be unhappy at the club which could be a hint about Tielemans.

The Foxes boss told the press recently: “I think that if someone doesn’t want to be here or someone wants too much money to be here, we have to be brave enough to say ‘listen, thank you very much and on you go’, because we are not a club with masses of resources that can facilitate every single player’s need, especially from a financial side,”

“A number of these guys are down to their last year [in their contracts]. We said before we’d like them to stay but there has to be a point in time when what they want is too demanding for us as a club and if the time is right, they have to move on, then we have to do that and then look forward.”

A move for Tielemans this January could see Arsenal paying over the odds for a player whose contract situation means that he will become a free agent in the summer. However, there could be an alternative available this month in the form of Lazio midfielder Sergej Milinkovic-Savic.

The Lazio midfielder could be available this month, with Lazio president Claudio Lotito is willing to agree on a loan departure worth £8.8million which also includes an obligation to make the move permanent for £35.5million in the summer according to Il Messaggero via Calciomercato.

The reports state that a deal is of interest to Arsenal, with the Gunners having scouts present at a Lazio fixture earlier in the season and it is certainly a viable alternative given the Serbian’s pedigree as a box to box midfielder.

ALSO READ:  DEAL ON: Arsenal keen on to agree deal for Rennes 24-year-old star this month

Arsenal would have to compete with other Premier League clubs for Tielemans’ signature should they pursue a move but could hold an advantage in the race to sign him given their current position atop the Premier League table.

The Gunners were heavily linked to the Belgian international over the summer and there were reports that his agent had held talks with Edu, giving the club an early advantage compared to other potential suitors.

However, the latest reports state that interest has cooled in the player after his agent met with the Arsenal hierarchy in the summer. This means that a deal could be unlikely due to interest in other players but that should the Gunners make a move then they would hold strong appeal to the player.

BREAKING: One big exit from Arsenal that could still happen