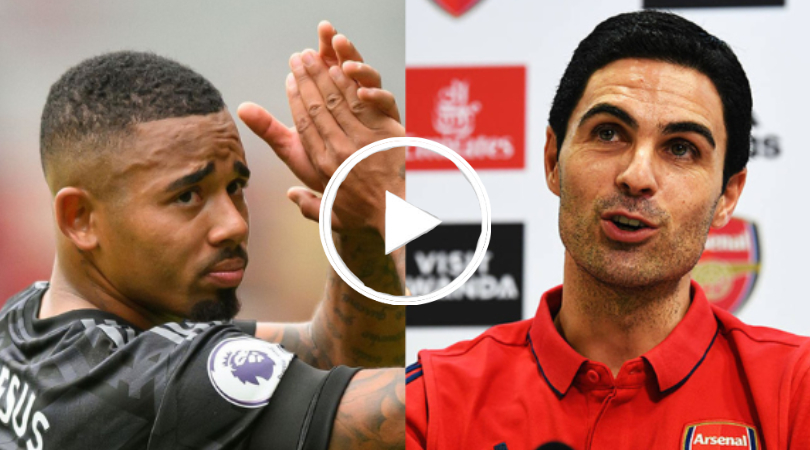 Reporter Dean Jones speculates that Arsenal manager Mikel Arteta may attempt to temporarily replace Gabriel Jesus at the Emirates Stadium after the striker had to go out of a knee injury sustained while representing Brazil at the World Cup and required surgery.

Mike McGrath of The Telegraph reports that Jesus may have damaged his medial ligament in Brazil’s 1-0 loss to Cameroon. The striker can stay out for months as he recovers from surgery.
This is a major setback for Arteta, who has started the Brazilian striker in every Premier League game the Gunners have played so far this season (100 per cent, per Transfermarkt).

Jones has already proposed using winger Gabriel Martinelli in a central striker role to compensate for Jesus’ absence, as reported by GiveMeSport.

The club is trying to keep its Premier League title hopes alive when the Premier League season begins at the end of the month. The journalist has suggested they could look at a temporary transfer solution.

Jones told GiveMeSport: “It poses a question for them. I think a short-term option is something they will have to consider because they don’t want to get caught short here. Jesus had a very particular style of play and a role that has been hugely important to them.”

To find a replacement for a striker who has five goals and six assists in the league this season is a tall order. This is particularly in the January transfer market when most teams are hesitant to move their best assets.

CMW reported in September that Arteta was still pressuring Arsenal’s upper management to pursue a transfer for Duan Vlahovic, a Serbian striker for Juventus. He had been a target of the club when he was still playing for Fiorentina before moving for £58 million.

The report from LaRoma24 (via Sport Witness) claims that both Arsenal and Aston Villa are monitoring Roma striker Tammy Abraham. However, the Serie A club has no plans to sell their top scorers at the present time.

It’s safe to assume that Jesus’ injury has thrown a wrench into Arsenal’s Premier League title hopes. Technical director Edu may now feel compelled to spend on a centre striker of the calibre of Vlahovic or Abraham to retain the Gunners’ five-point lead over second-place Manchester City in the Premier League.

ALSO READ:  Arsenal Could Move In For This La Liga Midfielder: Decent Option For Arteta?