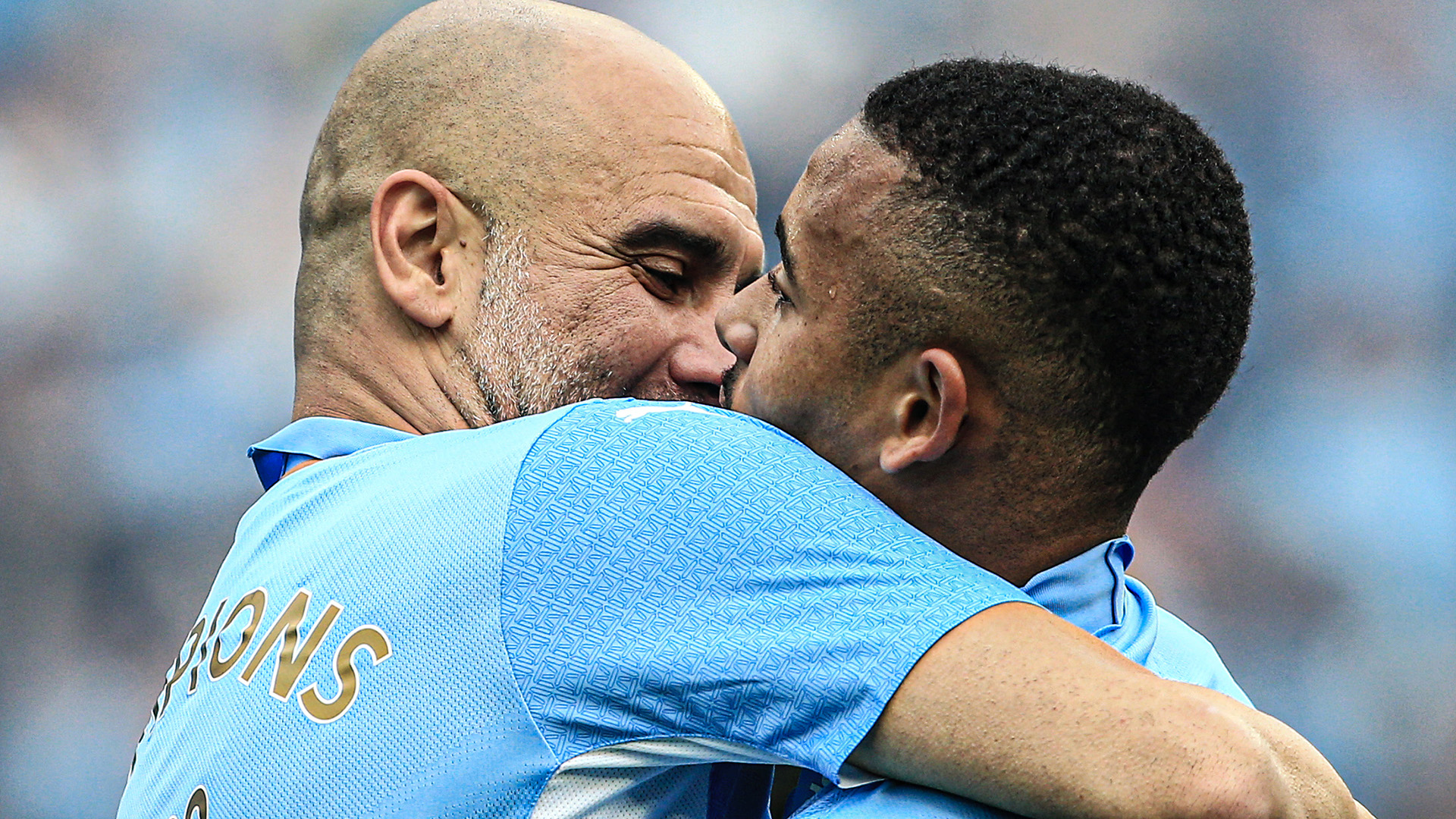 Manchester City boss Pep Guardiola has revealed that he was delighted with new Arsenal striker Gabriel Jesus while he was with him at Etihad.

Gabriel Jesus arrived from Manchester City in the summer to headline Arsenal’s new attack. After he became available, Arsenal just had to go all out for him in order to fill the void left behind by Alexandre Lacazette and Pierre-Emerick Aubameyang.

After what was a pleasant preparation ahead of the new season, Jesus has already made his presence known in Mikel Arteta’s teams. The Gunners are currently top of the Premier League log and the Brazilian has contributed three goals and three assists in six games already.

Manchester City boss Pep Guardiola has praised Arsenal striker Gabriel Jesus, saying he “was delighted” with him while he was with the reigning champions.

Jesus swapped City for Arsenal in the summer after the club signed Erling Haaland and Julian Alvarez.

Guardiola spoke about Jesus on the eve of his side’s Champions League game against Borussia Dortmund.

“We had an incredible striker with Gabriel,” Guardiola said, as per Football Daily.

“I was delighted with Gabriel, I love this guy, like he knows.”

As per Goal.com, Guardiola was quoted to have said about Haaland: “Txiki [Begiristain] talked to me and it was a two-second conversation: ‘Okay, fine’.

“What would you say? We had an incredible striker in Gabriel Jesus. But we had the chance to bring [Erling] here so why not?”

It is a win-win situation for both Arsenal and Manchester City. Gabriel Jesus, who was approaching his final year at City, opted to leave after the Manchester outfit snapped up one of Europe’s top strikers in Erling Haaland. He was not ready to play second fiddle again after his years behind Sergio Aguero.

Both strikers are serving their respective clubs as it should be and everyone is happy. Jesus wanted to be the focal point and he has gotten that at Arsenal. Mikel Arteta and the rest of the team are hopeful that he can lead the team to greatness following his trophy-laden years at City.