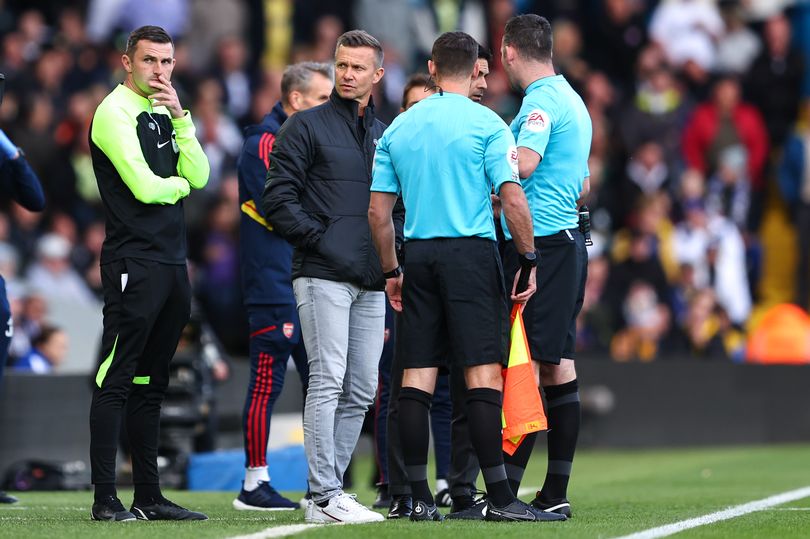 The irony of VAR overturning a last-gasp Leeds United penalty and Gabriel Magalhaes red card would not have been lost on those inside Elland Road. The game between Leeds and Arsenal had been delayed by nearly 40 minutes due to a power cut, which had caused VAR and the goal line technology to stop working.

However, the issue was resolved and VAR ended up having a huge say on the game, which Arsenal won thanks to Bukayo Saka scoring the only goal of the match. Ultimately, Arsenal ended up being grateful for VAR, as the technology overturned the late penalty and Gabriel’s red card.

Arsenal certainly got away with one, with Leeds boss Jesse Marsch revealing that playing the game without VAR was a possibility considered by the match officials. Unfortunately for the Whites – and fortunately for the Gunners – power was restored, with VAR perhaps having the all-important say on the outcome of the game.

“I think there was a surge of power that put out the refereeing system and the VAR, the goal-line technology, everything,” said Marsch. “They thought they could get it all back online but it would take some time.

“There was a moment in there where it was possible that we were even going to play without VAR. But they got it all together. Not an easy day for the referees and administrators to handle but I think they did a good job.”

Some supporters from both sides called for the game to be played without VAR. Arsenal celebrity fan Piers Morgan said the decision to wait for the technology to get back up and running showed football has reached ‘peak VAR hell’.

FFS. The Leeds/Arsenal game is currently suspended because the referee has lost tech comms contact with an automated system that always gets it wrong anyway. We’ve reached peak VAR hell.

“The Leeds/Arsenal game is currently suspended because the referee has lost tech comms contact with an automated system that always gets it wrong anyway. We’ve reached peak VAR hell.”

ALSO READ:  VIDEO: What a Long Range Outrageous Shot To Give Arsenal The Lead

🗣 “My heart is still racing.” 😅 Bukayo Saka gives credit to Leeds United for making it a tough afternoon for Arsenal