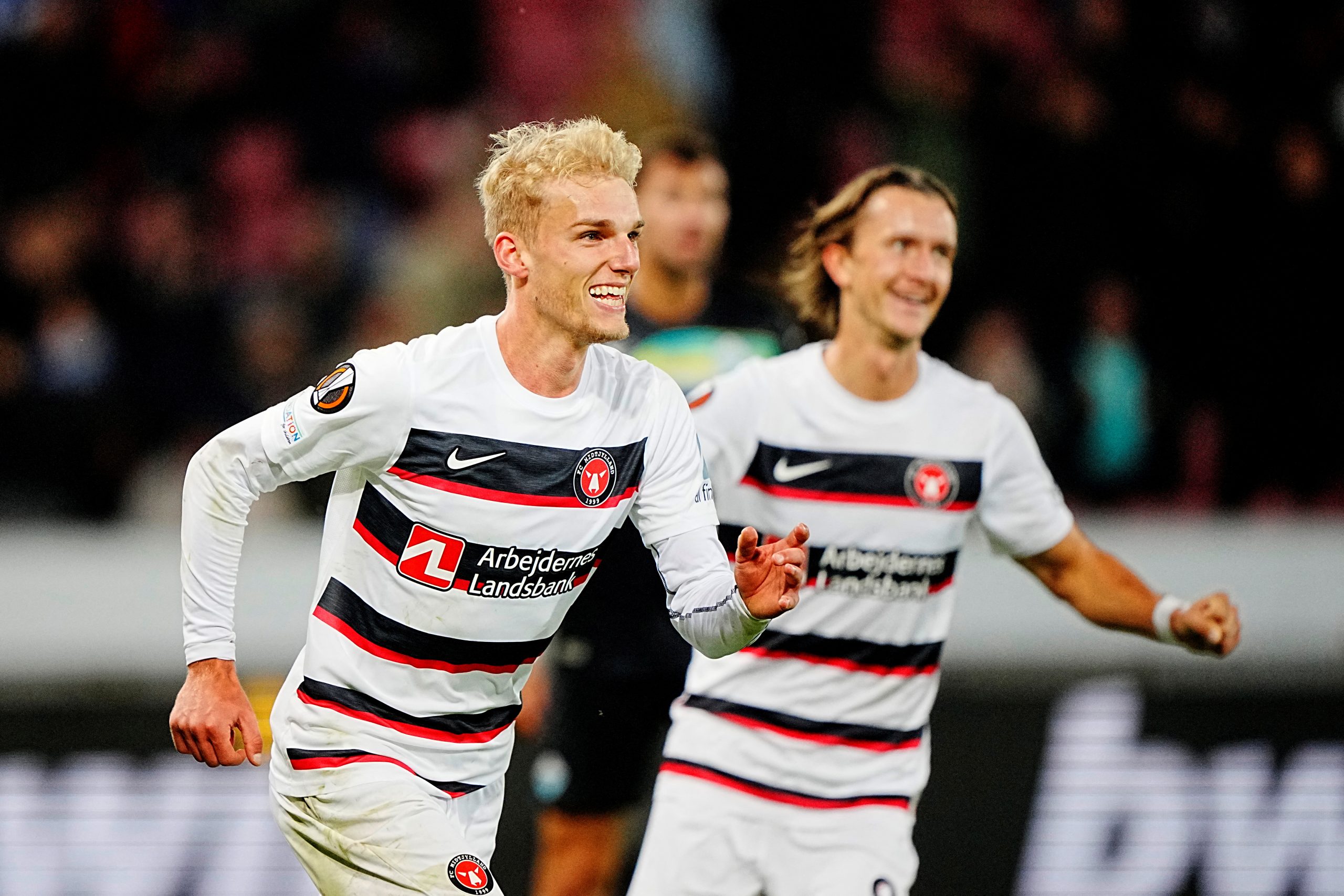 Calciomercato said that AC Milan might be interested in signing winger Gustav Isaksen. They also said that Arsenal, Newcastle United, and West Ham United might also want to sign Isaksen. Before the January transfer window, these clubs are all trying to sign the Danish player, who is worth €20 million.

This season, Gustav Isaksen is putting on some great shows for FC Midtjylland. He has been a strong player in the Europa League this season, scoring three goals in five games. The Dane has scored seven goals in 23 games in all competitions. Some big clubs are interested in signing him.

The January market is a good time for clubs to get players from leagues other than the “big five.” Midtjylland, which is in Denmark, might not have regular football games in the winter. Players there are often willing to move.

Will Arsenal get him?

Midtjylland might be willing to sell the winger if clubs offer €20 million for him. AC Milan really wants to sign him in the winter. But top Premier League clubs are also interested. Arsenal, Newcastle United, and West Ham United are all interested, so a battle to sign the player is likely.

Newcastle United has been playing very well, and if they keep this up, they could be in the running for a top-four spot. Eddie Howe might bring in a few key players to help their push if they end up in this kind of situation.

In a similar way, West Ham, who are not playing well, may try to bring in more attackers. This season, David Moyes’s team hasn’t scored many goals. It would be possible to bring in a player to help on that side of the field.

But Arsenal could be the most dangerous team. Since the summer, Mikel Arteta has wanted to bring in a wide forward. The Gunners could end up competing for the Premier League title, so finding a replacement for Gabriel Martinelli and Bukayo Saka is a top priority.

Because there aren’t many options in wide areas, the two have already played a lot of games together, including in the Europa League. Arteta will reportedly be given money to help him improve the team in January. Yeremy Pino, Mykhaylo Mudryk, and a midfielder are among the top players he wants to bring in.

Since Shakhtar Donetsk put a price tag of €100 million on Mudryk, it may not be possible for Arsenal to buy him. Instead, they might look for a cheaper player. So, Isaksen, who is worth €20 million, might be a good addition. But it might be hard for him to fit into the Premier League.

Reports of their interest may not be very strong right now. But that could change as the transfer window in January gets closer. Isaksen will also have to weigh his options before making a choice, which could take some time. Regular game time could be a factor. But joining a top team like Arsenal or Newcastle United could also help him improve.