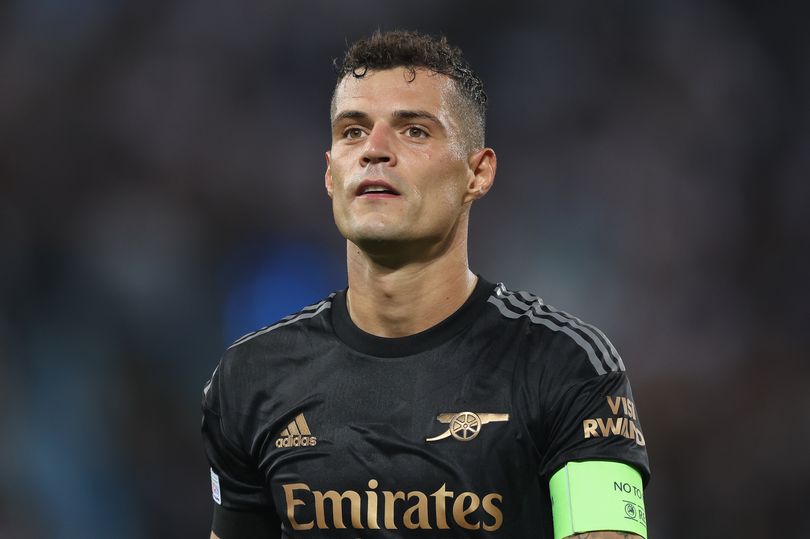 Granit Xhaka finds himself in the Arsenal limelight once again this season, but it’s finally due to all of the right reasons. Just over twelve months ago, the 29-year-old looked certain to depart the Emirates Stadium following a rocky time in north London, but fast forward to today and he’s one of the club’s most important and appreciated players.

Despite talks with AS Roma taking place last summer, Xhaka ended up signing a new deal at Arsenal following positive talks with Mikel Arteta and technical director Edu. The player has since explained the reasoning behind his decision and even claimed he would have left if it wasn’t for the manager.

The relationship between Xhaka and the Arsenal fans is the healthiest it’s been since the player’s arrival back in 2016, with supporters chanting his name rather than cursing it which unfortunately became a regular occurrence in recent years. However, a number of consistent and disciplined performances have seen a rejuvenated version of the midfielder enjoy the best form he’s experienced in red and white.

As one of the more established figures within a very young squad, Xhaka finds himself vice-captain alongside Gabriel Jesus and has even taken his first steps into coaching already. Speaking after Ethan Nwaneri made his Arsenal debut at the age of just 15 against Brentford, Xhaka revealed he had previously coached the youngster.

“He has a big future, if I am honest, I am doing my coaching licence and I have trained the Under-16s. You can see a big difference with him and the other guys. He is very, very special,” Xhaka said. For Arsenal, it may not just be Xhaka’s contribution on the pitch that will be key moving forward but also his experience, expertise and influence off it.

Brentford manager is full of praise for Arsenal’s Mikel Arteta

Brentford host an in-form Arsenal side in the Premier League, who have won 5 out their 6 EPL games so far.

That’s because Relevo’s Matteo Moretto has reported that Arsenal are among a number of clubs interested in signing FC Luzern talent Ardon Jashari. A regular starter for Luzern in the Swiss Super League after breaking into the senior squad last season, Jashari has established himself as one of the hottest prospects in Switzerland. Despite operating as a central and attacking midfielder from time to time, it is the defensive No.6 role where the 20-year-old has often excelled.

Injuries to Thomas Partey and Mohamed Elneny last month highlighted the lack of defensive-minded midfield options available to Arteta, leading to a desperate and ultimately unsuccessful late search for reinforcements. Aston Villa’s Douglas Luiz and Palmeiras’ Danilo were both looked at and interest in the pair could be reignited in January, football.london understands.

It would appear Jashari is the latest name to join them on the list of targets and the aforementioned Xhaka can play a key role in helping the Gunners fend off interest from the likes of Ajax, Napoli and Real Sociedad. The two midfielders will coincidently meet up this week after Jashari received his first senior call-up to the Switzerland national team, presenting both of them the opportunity to talk about Arsenal, with Xhaka acting as the perfect mentor and influencer.