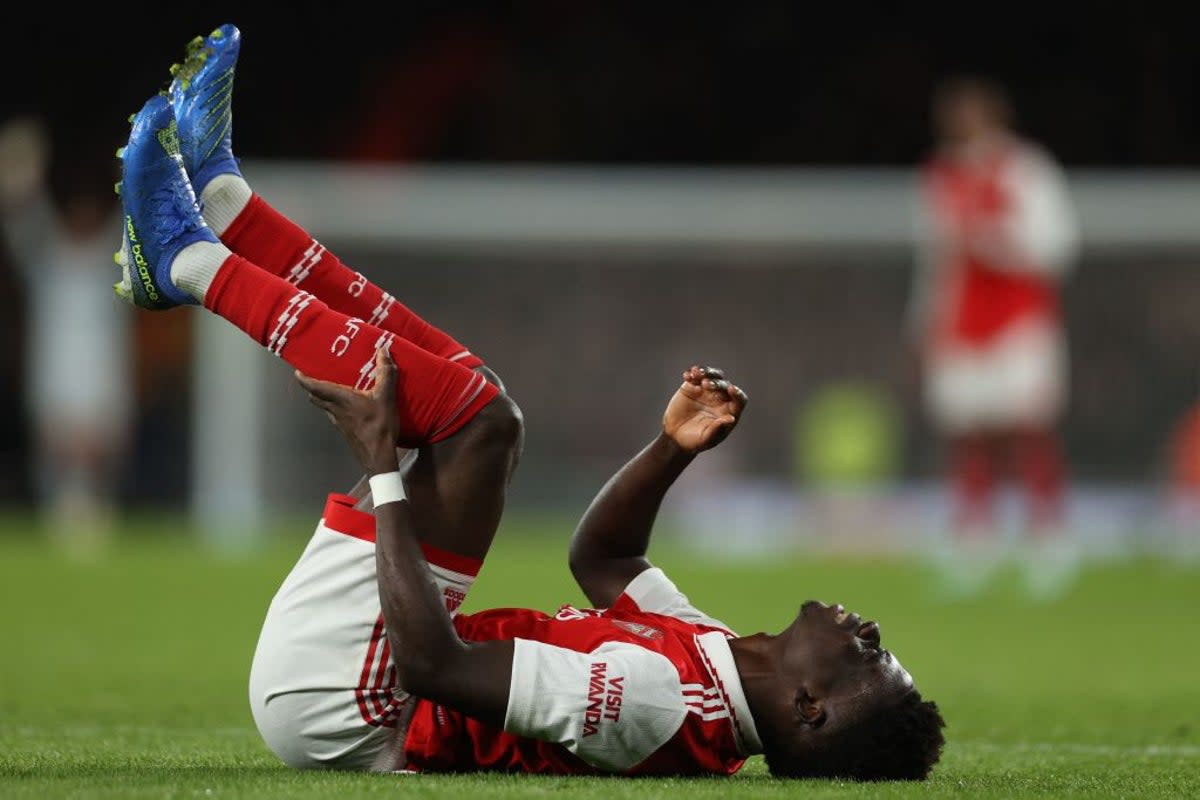 Arsenal returned to Premier League action on Sunday afternoon as they made the trip to Saint Mary’s for a tricky test against Southampton. It seemed they would overcome their unhappy hunting ground when Granit Xhaka opened the scoring just 11 minutes into the game.

While there were chances to double their lead, the Gunners missed those opportunities and left themselves open to the possibility of being pegged back. In the second half, the hosts did just that as Stuart Armstrong got beyond the defensive line and knocked the ball home to equalise.

The visitors continued to probe but were unable to find another goal in the game and had to settle for a point – in only their second game without a win in the league. There are a few injury concerns coming out of the game though, so with that said, here’s a look at the latest injury news.

Arsenal star Bukayo Saka was an injury concern after taking a knock against PSV Eindhoven in the Europa League tie at the Emirates Stadium last Thursday. The England international was a worry, but was still involved from the start in the Gunners’ clash against Southampton on Sunday and should be available for the upcoming fixtures.

Zinchenko suffered a knock to his knee in late August before briefly returning to action against Manchester United. He then picked up a calf injury in Arsenal training and has struggled to stay match-fit since. The Ukraine international has missed the Gunners’ last six games, including the win over PSV.

The medical staff are monitoring the versatile defender and will be looking to not give him too much, too soon, concerning his physical workload.

What Arteta has said: “He had a recurring injury in his calf. That’s why he’s been out for this period.”

Granit Xhaka has impressed in his new role at Arsenal this season, contributing yet another goal for the campaign on Sunday against Southampton. Given his form, it was a concern when he was floored during the game holding his shoulder for a while. The Swiss international managed to see out the rest of the game after some treatment and should be available for the upcoming clashes.

Arsenal midfielder Emile Smith Rowe has struggled to get his season underway so far, suffering with injury from pre-season before making his return from the bench against Manchester United last month. However, he then got injured in the warm-down at Old Trafford.

The England international has since undergone surgery which is set to keep him on the sidelines for an extended period, with no return date set as of this moment.

What Arteta has said: “That’s been an ongoing issue that he’s had. He’s had some discomfort in the groin area and hasn’t had any continuity this season,” the Arsenal boss told reporters in a press conference before the 3-0 win over Brentford a couple of weeks ago. “It’s something we are trying to assess.

“We’re trying to help him as much as possible in any way we can because we need him fit, we need him available, and we need him performing at his best level because he’s such an important player for us. Unfortunately, for this period and periods last year, we haven’t had him.”

Mohamed Elneny is suffering from a hamstring injury which he picked up against Fulham last month. It’s likely to keep him out until the New Year, with Arteta describing the injury as “long-term”.

What Arteta has said: “We still need to see another specialist, but I’m afraid we’re going to lose Mo for a while.”

“Obviously, that has an impact because Thomas is injured, and we are a bit short in that position.”