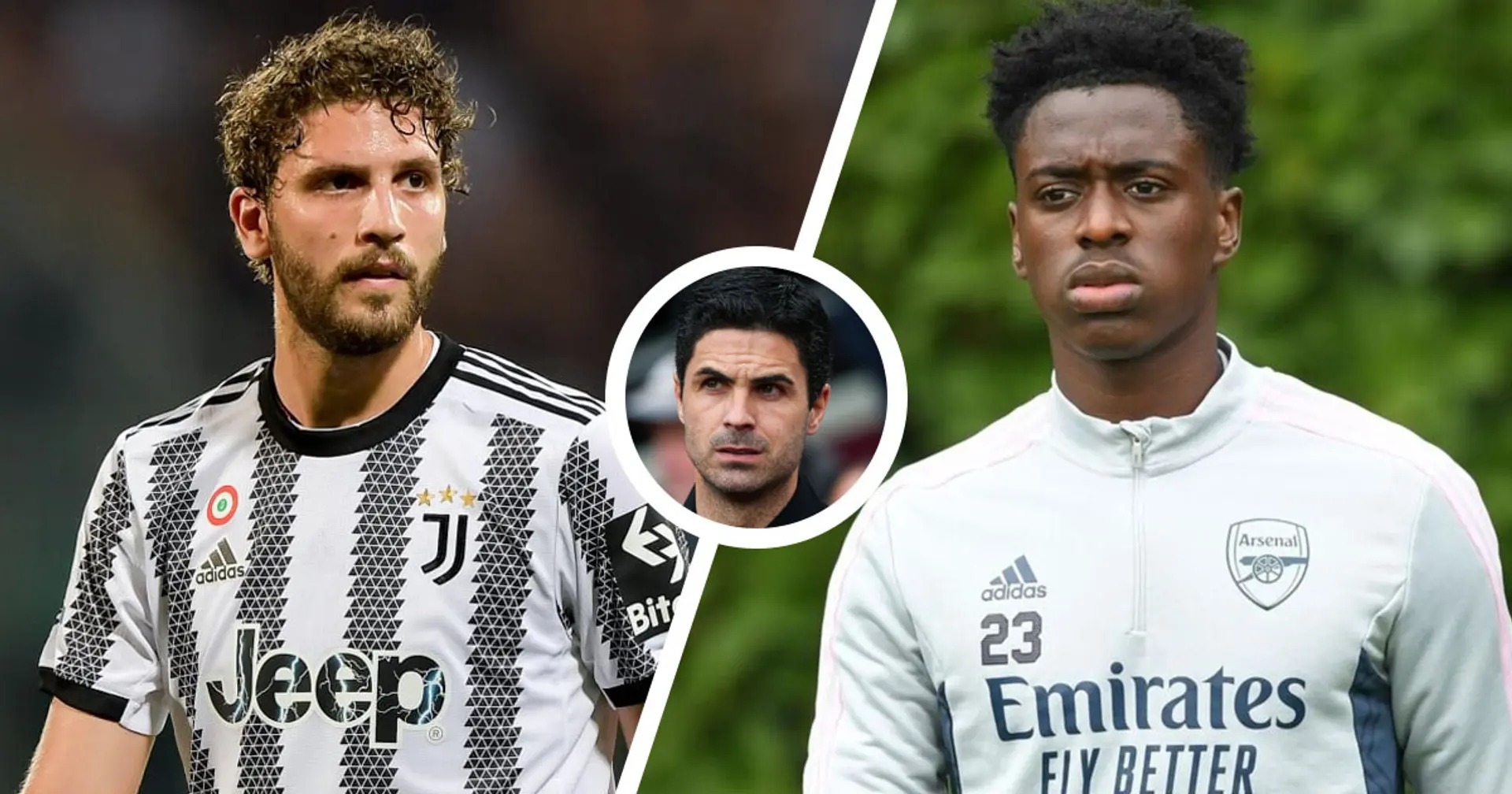 Arsenal are pondering offering Alberto Sambi Lokonga in a part-exchange deal for Juventus player Manuel Locatelli. The London giants were previously interested in a move for the 24-year-old midfielder, only for the Bianconeri to pip them in 2021.

The Gunners sit on top of the PL table, with one point separating them from current holders and title favourites Man City. The Spanish manager has built a solid squad, who are talked about in the mix for the domestic championship. But Mikel Arteta would like further signings to bolster.

Arsenal kept hold of their position at the top of the table by beating arch-rivals Tottenham at the Emirates Stadium on the weekend. One of the standout performers was Partey, but the Ghanaian midfielder’s fitness record has started to worry the Spanish manager. With Elneny injured, Mikel Arteta does not have proper cover in the team.

The Gunners tried to address this issue in the summer of 2021 when they wanted Locatelli from Sassuolo. Despite a prolonged pursuit, they could not match the lure of the Old Lady at that time, with Juventus managing to secure Manuel’s signature.

Despite impressing in his first season, Italy international is yet to nail down a permanent position in Massimiliano Allegri’s setup. The Italian midfielder is thought to be outside of Allegri’s plans at Juventus. The Italian is reportedly valued at €30m, and the Gunners are thought to be open to offering one of their footballers in a part-exchange deal.

Five of the best chipped finishes in Premier League history