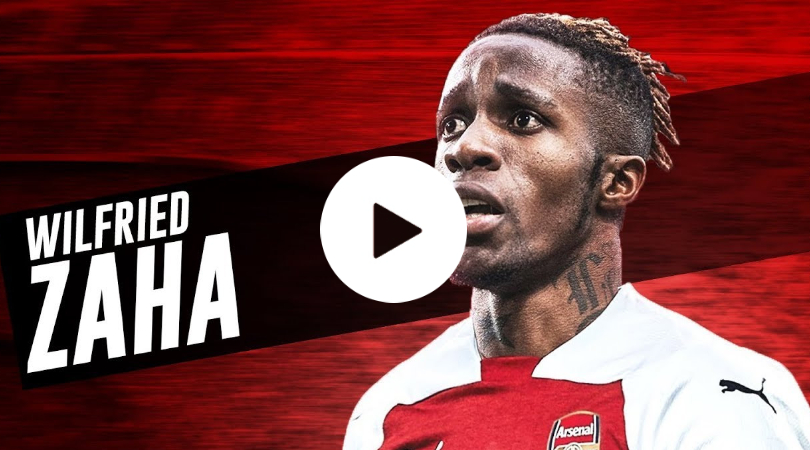 Wilfried Zaha is attracting serious interest from Arsenal and Chelsea. The London clubs have registered their interest in Ivory Coast international, whose deal with PL club Crystal Palace expires in six months. Crystal Palace will stay keen to hold on to Zaha, not only in winter but beyond the summer.

Wilfried’s deal expires in six months, and there are barely any updates to know whether he will prolong his career at Selhurst Park. From a young age, the 30-year-old attacker dreamed of winning trophies and playing for the biggest teams in England.

His scintillating displays with Crystal Palace during his first spell earned a move to Man United, which barely lasted long. The Ivorian attacker has played 443 senior games for the Eagles on either side of the ill-fated spell at Man United.

While the Ivorian stays a crucial figure for Patrick Vieira’s side after another productive campaign with six goals, the PL club are in a pickle with his deal situation. The African winger is known to admire Arsenal from a very young age. And Wilfried came close to joining them back in 2019, but Crystal Palace’s demands scuppered any deal.

Arsenal signed Nicolas Pepe in a club-record transfer, with Zaha since leaving the club on loan. If the Gunners are to come up with an approach, it will prove challenging for the Ivorian forward to turn it down. There is a real need for a new forward at the Emirates, with the Spanish manager seeking a new wide man and a striker.

FINALLY: Chelsea star speaks on report linking him to Arsenal – “It can Happen”