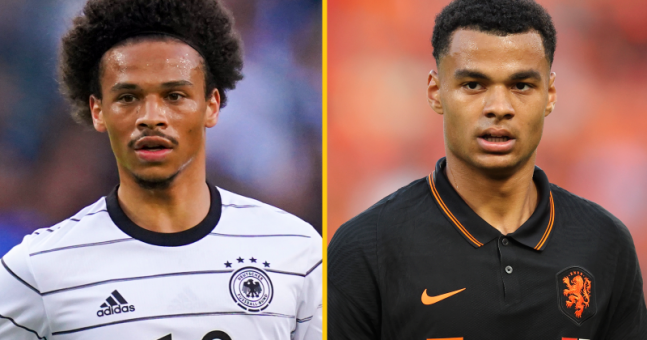 Arsenal have been given an update regarding their interest in Bayern Munich winger Leroy Sane after their initial enquiry was rebuffed by the German champions. Reports indicate Sane is ‘considering his options’ with the summer arrival of Sadio Mane adding to the competition for places in the Bayern team.

The Gunners were part of a cluster of clubs who enquired about the availability of Sane but as per Graeme Bailey of 90 Min, any enquiries were immediately dismissed as Bayern intend to keep him at the club, however Fabrizio Romano has now revealed what it would take for Arsenal to sign Sane.

Romano told Caught Offside: “There has been speculation, but there are no talks between Bayern and Arsenal for Sane as of today. I don’t see Bayern selling Sane in January unless a crazy bid arrives – their plan is to continue with him.”

Barcelona director Jordi Cruyff has revealed what the Spanish giants intend to do with Memphis Depay in the January transfer window amid significant interest from the Premier League. The former Manchester United star’s contract in Spain is up in the summer and a bargain deal could be struck in next month’s window.

Chelsea registered an interest in Depay over the summer transfer window and the Gunners have since emerged as a possible destination – along with former side Manchester United – and while there have been reports over a possible January exit, Barcelona director Cruyff has ruled that out from happening.

PSV star Cody Gakpo is the centre point of an intriguing transfer battle after his World Cup performances have prompted Arsenal and Manchester United’s interest. Erik Ten Hag wanted to make Gakpo his fourth arrival from the Eredivisie in the summer, but a deal never materialised, with Arsenal also linked with him.

Both clubs are in need of a new forward and could certainly be tempted by a move at that price for Gakpo, although it’s possible PSV could up their asking price depending on the role their star forward plays in the final 10 days of the World Cup.

Former Arsenal man Paul Merson has demanded Arsenal sign Gakpo ahead of Man United after the injury to Jesus even if he costs £100million, believing it will have a significant effect on their Premier League title battle with Manchester City