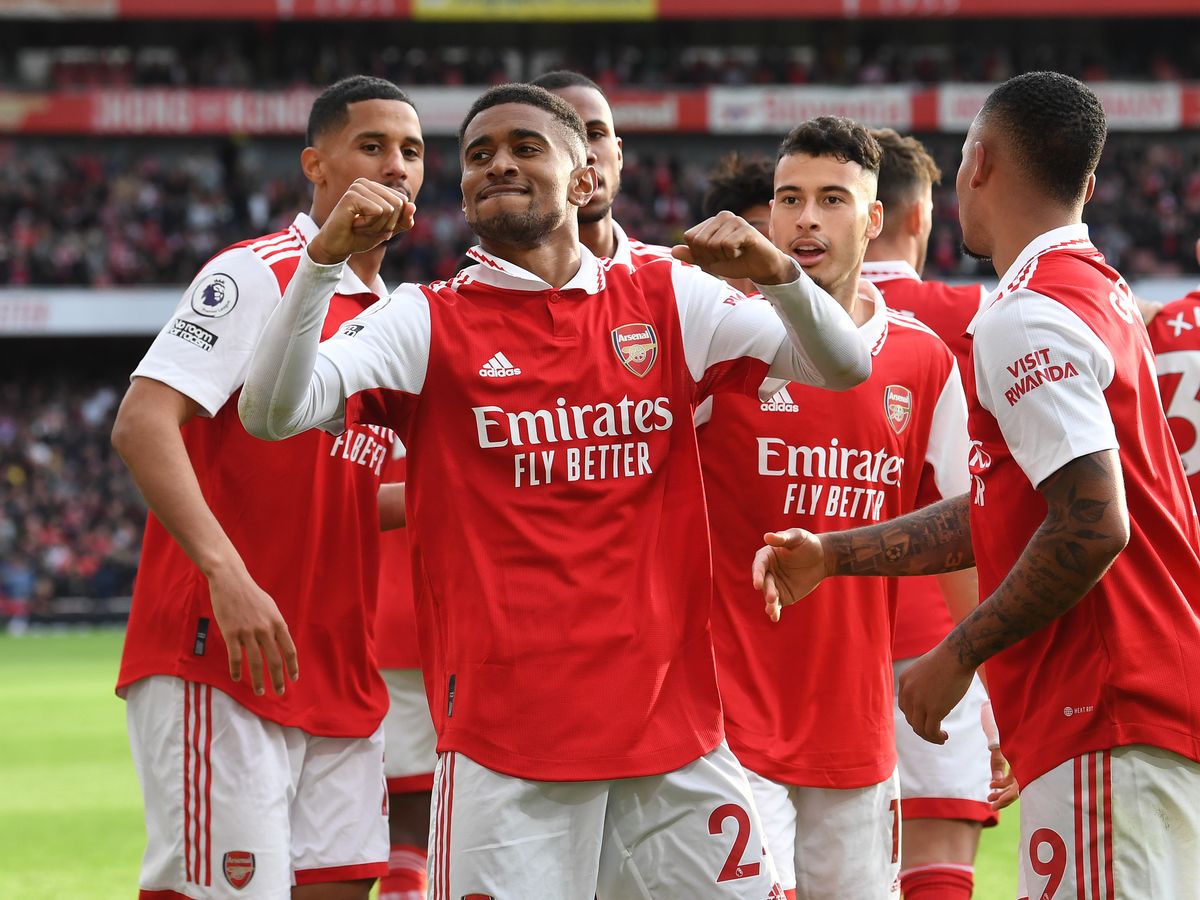 Arsenal winger Reiss Nelson has announced his desire to sign a new contract with the Gunners in the wake of his stellar cameo against Nottingham Forest. The 22-year-old missed the first few weeks of Arsenal’s season after sustaining a serious thigh injury in the summer, with Bukayo Saka making himself untouchable in the right-wing position.

However, Saka was forced to leave the field in the first half against Nottingham Forest with a knock to the foot, and Nelson was subsequently handed his first Premier League minutes since August 2021.

The former England youth international took that opportunity with both hands, scoring twice and setting up Thomas Partey as Arsenal returned to the top of the table with a 5-0 victory.

Nelson had only ever scored one Premier League goal before Sunday’s game, and he has now entered the final 12 months of his deal with his boyhood club.

The attacker was briefly linked with a summer exit, but he has now affirmed that he never considered leaving the Emirates Stadium and is determined to earn a contract extension.

“I’ve never doubted myself at this football club. Arsenal is a team that I’ve been at since I was eight years old and I have a very, very strong bond and love for the club,” Nelson told reporters after the win against Forest.

“Of course, there have been times where I’ve been a bit down when I haven’t played or been on the bench, but my plan has never been for me to leave the club or say that I have no future here and I will do everything possible to get there.

“I only have some months left on my contract. Getting a new deal would be amazing and I would love to commit to the club. Any opportunity I get I’m going to try and take and just do my very best and just keep helping the team really.

“I’m 22 now, turning 23 soon, and it’s just about getting the rhythm of playing much more games now and trying to progress into starting week-in, week-out and just to reach a new level. I feel like I’m at a level now where I’m still not at the rhythm that I would like to be and I just want to get to a rhythm where I’m playing regularly.”

REVEALED: Why Saliba have sense of revenge over Arteta’s transfer decision